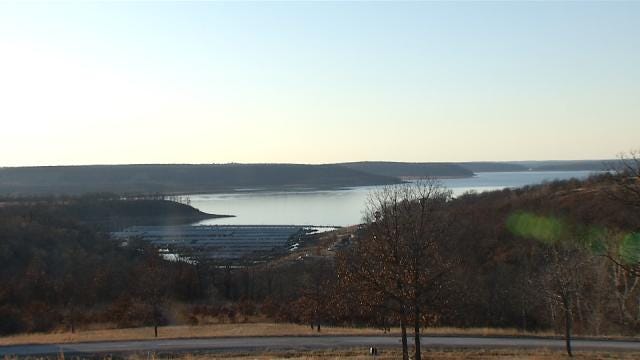 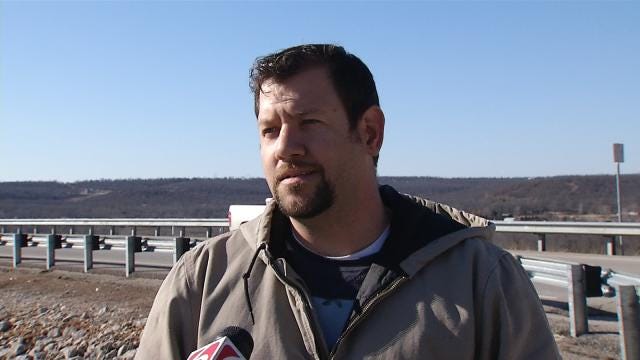 Two boat launches are already closed and now the Army Corps of Engineers said it will release less water to keep Skiatook Lake from dropping even further.

The lake is 17-and-a-half feet below normal and boating and wildlife are now at stake; but there is a plan in the works to keep a bad problem from getting worse.

The Army Corps of Engineers said parts of the lake are still 50 to 60 feet deep, and they said the plan allows for the lake to stay up and the creeks below to stay full of water.

They said the drought is causing Skiatook Lake levels to plunge 17-and-a-half feet below normal.

Their plans to keep the lake from going dry will start by limiting how often the dam releases water downstream to Bird Creek.

Hydrologists said releasing water from the dam is necessary to avoid fish kills and maintain the ecosystem.

"This was the first real drought cycle in this lakes existence. A lot of people are impacted downstream," said CrossTimbers Marina owner Ron Howell.

He said local developers teamed with government agencies to work out a plan to keep the lake levels up.

“So, even when this lake low, it's still higher than an awful lot of the lakes people recreate on. It's just that they hear how far down [lake levels] it is and they don't have the perspective of how deep the lake is," he said.

So, in a nutshell, the plan allows for more manageable lake levels, which promotes more recreation on the lake.

“That still means that you can do everything that you've always wanted to do at Lake Skiatook," said lake manager, Lee Perry.

Perry said all the lake needs is more rain to fall into Hominy Creek, which feeds Skiatook Lake.

"What we need right now is Mother Nature to participate, our biggest concern is the low lake level, but if we can get some rain, we'll get some runoff and we'll be able to get the lake started back in the right direction," he said.

Most of the campground areas along the lake will open on April 1st.