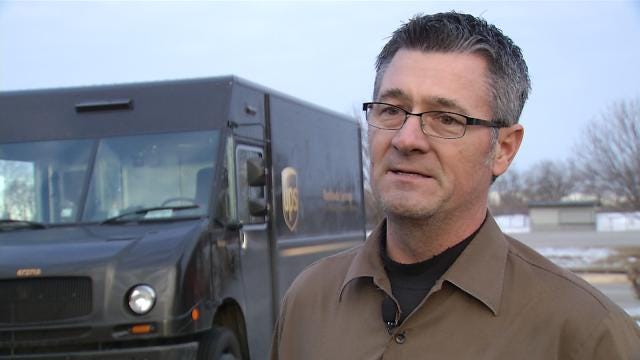 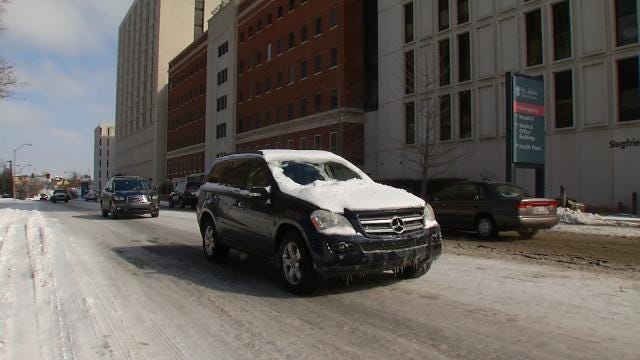 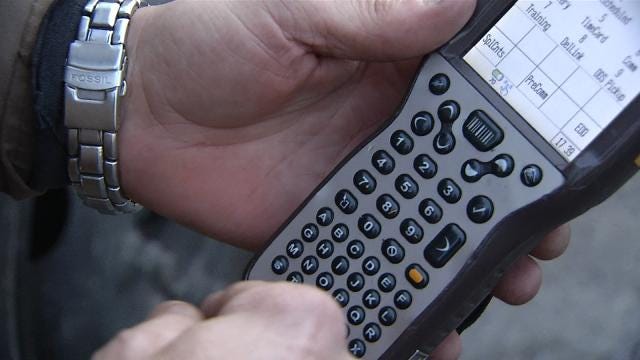 One of Green Country's safest drivers is sharing his secrets to staying out of wrecks. He's driven more than 400,000 miles for UPS without an accident.

UPS Driver, Freddie Wasson is being recognized, along with 16 other Oklahoma drivers, for achieving 25 years without so much as a scratch on their trucks.

Wasson's training is extensive, but it takes focus every day on the road to never have an accident.

"I expect the unexpected. I expect, I expect not so much the worst but what the worst thing can happen," he said.

UPS drivers go through 80 hours of training. Of that training, Wasson said he remembers some major points.

“Aim high in steering, get the big picture, keep your eyes moving and leave yourself an out," he said.

Wasson stays a car-length from other cars, counts to three before driving away from an intersection, always tries to take right turns - rather than left turns - to avoid oncoming traffic, and simply slows down, especially when roads are icy.

Wasson said Monday, when the roads were bad, many drivers didn't take precaution and drove too close to other cars and sped up and spun out.

"There's no need in getting from point A to point B as fast as you can, especially when it's snowy and icy outside," he said.

UPS drivers use a device to locate their next delivery. It doesn't plan their route, they figure that out on their own.

Wasson said he won't look at that, or his phone, while driving and wishes others would also put the devices down.

"I gotta go home tonight to my wife and my kids you know, and, to me, that's the bottom line,” he said.

If we do get more inclement weather this weekend his main advice is to just slow down.

He said people even cut him off while driving in ice Monday.