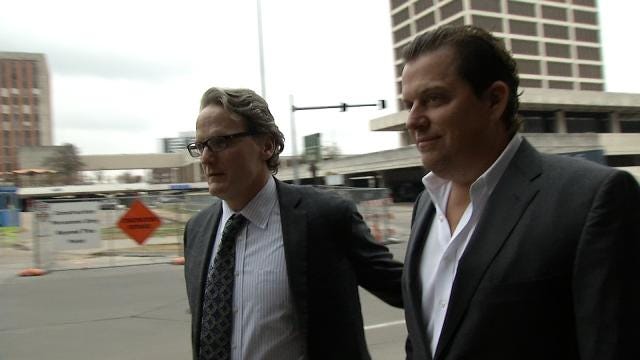 He faces a maximum penalty of 10 years in prison and $50 million in fines.

He was originally charged with 23 counts including fraud and tax evasion, but in a deal with prosecutors agreed to plead guilty to one count of conspiracy to defraud the United States and to commit bank fraud, as well as one count of tax evasion.

Pielsticker pleaded not guilty to the 23 original counts in December. Prosecutors reduced the counts to two on Tuesday, February 3, 2015 in a move that indicated a plea deal was in the works.

The U.S. Attorney says he allowed the plea deal to drop the counts to just two because it would not affect sentencing. He will argue for Pielsticker to spend at least six years in prison and pay back the victim, which is the bank.

Pielsticker's attorney says he has taken responsibility for his part in the crimes but was not the ringleader. Pielsticker will be sentenced in May.

Prosecutors said Pielsticker and his co-conspirator failed to pay the government the federal income taxes withheld from Arrow's employees in 2009. The company closed suddenly on Christmas Eve 2009, stranding drivers across the country.

As part of the plea agreement, Pielsticker admitted he had Arrow Trucking spend thousands of dollars on his various personal expenses, including payments for his wedding and on Bentley and Maserati cars and then didn't pay income tax on that money.

Arrow's former Chief Financial Officer, Jonathan Leland Moore, accepted a pleaded guilty in a deal with prosecutors in December. He's scheduled to be sentenced on March 12, 2015.