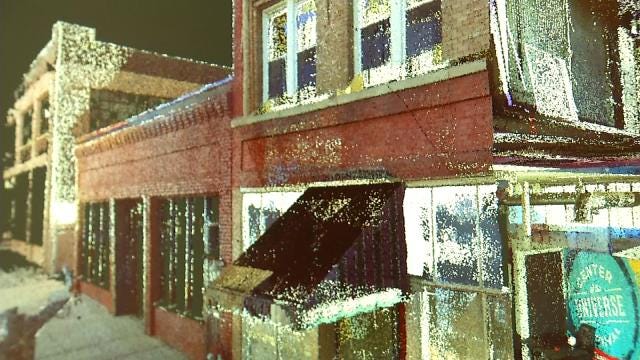 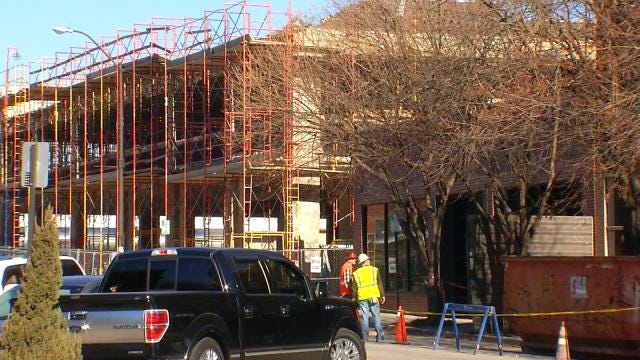 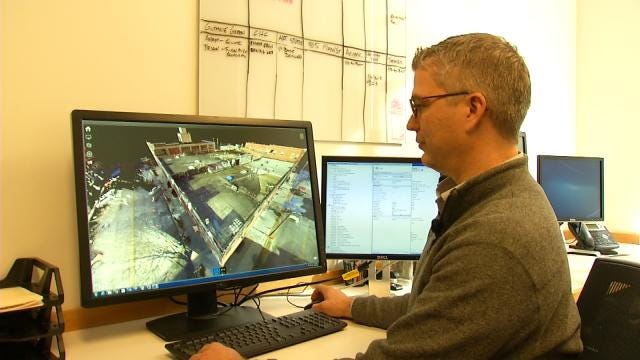 A downtown Tulsa architect, intent on saving what's here, is using a new tool on the city's oldest buildings. It's helping a preservationist decide what can be preserved.

Chris Lilly is an architect who never really gets to start from scratch - and that's the way he likes it. He works in places like old warehouses that are sturdy enough for preservation and renovation, where no blueprints exist.

That's where a machine comes in - a 3-D scanner that Lilly believes is uniquely able to determine what's there.

"If you come out with a tape measure and a piece of paper, you're only going to capture a small segment of what actually exists on a jobsite," said Chris Lilly, Lilly Architects.

In eight minutes - the scanner can measure everything in a room - millions of times. With cones as reference points - the scans of different rooms are digitally connected to measure buildings inside and out.

"It will tell you where the brick joints are on the exterior, beam sizes, conduits, the works," he said.

Lilly is working now on a warehouse on Archer, for a potential renovation - but he's also scanned other historic buildings in the Brady District. The work on an old car dealership was guided by the scans - and work that's coming to the Fox Hotel will be.

The pictures in his computer are is not a photography - just a scan. They show every detail of a statehood-era building with handiwork that's still remarkable.

"These were craftsmen who took a lot of pride in what they did," said Chris Lilly of Lilly Architects.

The scans compare to an MRI of the building. Lilly can slice off walls to see inside. He can virtually go inside and look out.

Lilly believes this tool allows him to document old buildings as never before, so they can be renovated better than ever.

Watch the web extra video in this story to find out why he wants to expand that in order to preserve more history.