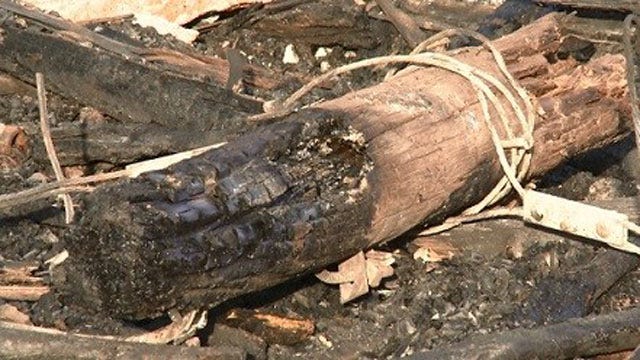 The ties were stacked along BNSF tracks in Miami and the firefighters were at the scene well into Saturday afternoon putting out the smoldering fire.

Miami Fire Captain Robert Wright told KOAM, the CBS affiliate in Joplin, Missouri the fire was hard to put out.

"It's kind of like putting out a hay bale. Once they're on fire you have to take them apart and break them down. Extinguish it that way," said Captain Robert White.

BNSF brought in special equipment to help knock the piles of ties down so firefighters could finally put out the stubborn fire.

Anyone with information on the fire and who started it should call the Miami Police Department at 918-542-5585.