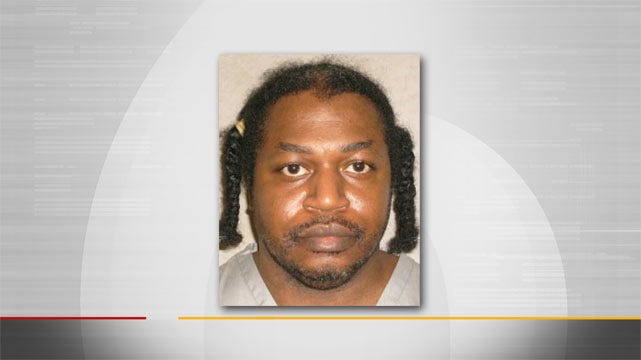 After a nine-month delay, a condemned Oklahoma killer has been executed. A stay of execution for Charles Warner was denied by the U.S. Supreme Court on Thursday evening, making way for his planned death.

The Supreme Court, in a 5-4 opinion, denied Warner's application for a stay minutes before his scheduled 6 p.m. execution at the state penitentiary in McAlester. The process was put on hold temporarily as officials waited on the news from the high court. The Oklahoma Department of Corrections director told News On 6 he was not comfortable putting Warner on the execution table until the Supreme Court either granted or denied the application for a stay.

The media was shuttled back to the death chamber around 7 p.m. Our Tess Maune was the only Tulsa reporter chosen in the lottery of five potential media witnesses.

Charles Warner's two attorneys, his mother, sister and pastor also witnessed the execution, along with a judge and Department of Public Safety official.

The execution began at 7:10, and Warner was pronounced dead by prison officials at 7:28 p.m.

The shade lifted at 7:08 p.m., with Warner strapped to a gurney with both arms to his side.

When asked if he would like to give a final statement, Warner replied: "Before I give my final statement I want tell my attorneys they poked me five times. They told me it would feel like salt, it don't, it hurts. It feels like acid running through my arms. I'm sorry for all the pain that was caused. I'm not a monster, I didn't do everything they said I did. I love people, I love my family, I love Jesus. Tell my baby girl she means the world to me. Thank you for being a wonderful mother, thank you for being a beautiful sister. Thank you for being a wonderful pastor. I love everybody. Thank you. It feels like acid.”At that point, the execution had not started, but one of his attorneys said Warner could have been referring to a saline used to flush the lines before the drugs were administered.

According to media witnesses, after his microphone had been turned off, Warner said loud enough to be heard: "No one should have to go through this. I'm not afraid to die; we's all going to die."

Throughout the execution, Warner's family could be heard crying quietly and they were seen wiping their tears away. The victim's family was not present.

The media witnesses said they did not see any visible pain in Warner's face or body language and it seemed to go remarkably smoother than the execution of Clayton Lockett in April, which ignited the discussion on execution protocol.

Read the dissenting opinion from the U.S. Supreme Court: Warner vs. Gross

Warner was executed after the near split in the Supreme Court. In the 5-4 Warner vs. Gross opinion on Thursday, U.S. Supreme Court Justices Sotomayor, Ginsburg, Breyer and Kagan dissented. U.S. Justice Sonya Sotomayor wrote that Oklahoma's lethal injection protocol violates the Eighth Amendment, and while killers should be punished, they should not be executed in a searing, painful way, she said.

Warner originally was set to die the same night as Clayton Lockett in April 2014. Lockett's lethal injection went awry, and he seemed to struggle and indicated he was in pain after the sedative was administered and the lethal cocktail began.

Warner's execution was put on hold and it took nine months to bring him back to the chamber because he, along with other Oklahoma inmates, challenged the state's execution process and the drugs used.

Attorneys for the men argued that using midazolam for sedation is unconstitutional because it doesn't reliably produce "a deep, comalike unconsciousness."

In her dissenting opinion, Sotomayor wrote: "I find the District Court's conclusion that midazolam will in fact work as intended difficult to accept given recent experience with the use of this drug. Lockett was able to regain consciousness even after having received a dose of midazolam — confirmed by a blood test — supposedly sufficient to knock him out entirely."

Attorneys for the State of Oklahoma have said a failed IV line and lack of training led to the problems with Lockett's injection, not the drugs.

"The same requirement should not necessarily extend to a claim that the planned execution will be unconstitutionally painful even if performed correctly; it would be odd if the constitutionality of being burned alive, for example, turned on a challenger's ability to point to an available guillotine," Sotomayor wrote.

On Thursday, Sotomayor urged for the discussion in Oklahoma to continue.

"I believe that we should have granted petitioners' application for stay," Sotomayor wrote. "The questions before us are especially important now, given States' increasing reliance on new and scientifically untested methods of execution. Petitioners have committed horrific crimes, and should be punished. But the Eighth Amendment guarantees that no one should be subjected to an execution that causes searing, unnecessary pain before death. I hope that our failure to act today does not portend our unwillingness to consider these questions."

Florida was to use the same three-drug method in an execution at 5 p.m. on Thursday. Lawyers there also requested a stay of execution from the U.S. Supreme Court and it was denied. Johnny Shane Kormonday's death was put on hold for hours while officials awaited the news. Kormonday, 42, was put to death later Thursday evening, according to the Pensacola News Journal.

Kormonday killed a man while the man's wife was being raped during a 1993 home-invasion robbery in Pensacola.