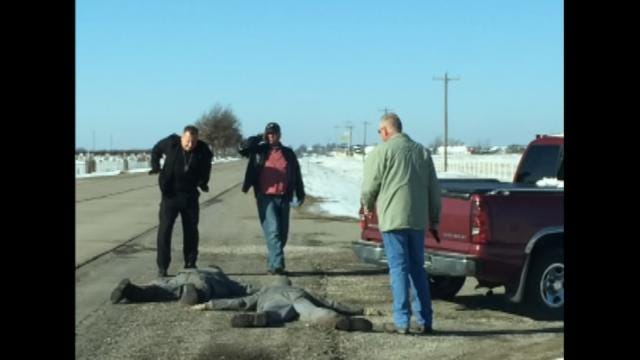 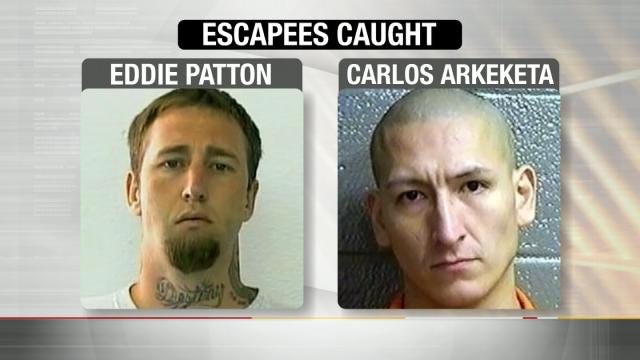 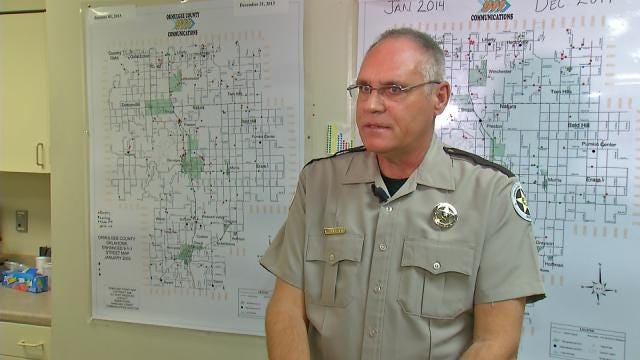 An off-duty Okmulgee deputy doing some after-Christmas shopping got more than he bargained for when he drove up on not one, but two, escaped inmates.

Okmulgee Deputy Sheriff Jim Rasmussen was driving along Highway 62 with his wife Saturday, when he jokingly mentioned to be on the lookout for two inmates in gray jumpsuits that escaped the day before.

The couple was about ten miles west of the JH Correctional Center when the unlikely appeared.

“I looked at Kathy, my wife, and said, 'There they are. There they are,'” the deputy sheriff said. “We were just talking about them, we drive by the prison and there they are. It's like, Christmas gift right there, standing on the curb.”

Even when he's not on the clock, as a deputy sheriff, Rasmussen is always on guard, so when he saw the convicts he pulled over; and while his wife called 911 in the car, Rasmussen confronted the men with a badge and pistol in hand.

Eddie Patton and Carlos Arkeketa were the inmates on the ground, both serving time for various crimes, including first degree burglary and assault with a dangerous weapon.

The inmates were cooperative; Rasmussen said one of them told him he was carrying a screwdriver in his pocket.

The deputy sheriff said another man, a passerby who had stopped before Rasmussen, was more trouble than the inmates.

He said the bystander was standing up for the inmates, causing a scene and refusing to leave.

“He said, 'My wife won't let me leave unless you promise not to manhandle them.' And by now, I'm not even worried about them I'm starting to wonder about this guy's intention. I just kind of looked at him and said, 'Sir, I think you're confused about who's the bad guy and who's the good guy here,'” Rasmussen said. “I don't know their whole criminal history at the time, but I know they've been convicted of a crime. So I know I've got bad guys here and I don't know what I got over here. So I'm just trying to watch them both.”

It wasn't long after that when back up arrived.

By that time Rasmussen said the resistant passerby had apologized, but his words stuck with the deputy sheriff.

“It's kind of scary that the average person driving out there on the street is automatically assuming that I'm gonna manhandle somebody, that I'm a violent thug. That's not the way I am and that's not the way we work, but there is protocol. If there's one of you and there's two of them, they get on the ground and you wait for back up to help you,” Rasmussen said.

The inmates were taken back to prison.

And Rasmussen's wife, who watched the whole thing, jokingly said she wouldn't argue if her husband wanted to make a career change.

Rasmussen stressed if you do come across an escaped inmate, don't approach them, call 911.