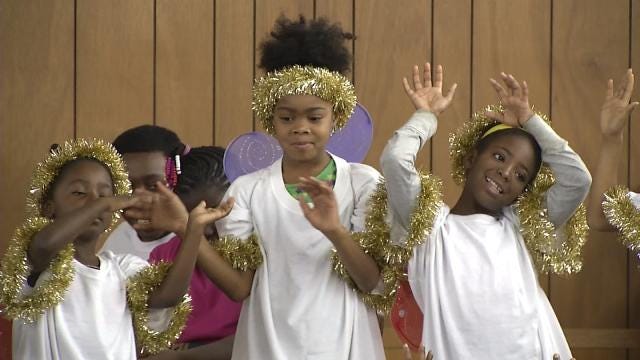 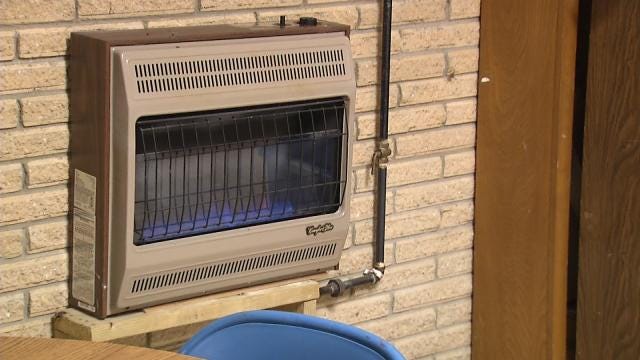 Thieves didn't stop a Tulsa children's Christmas program from going on as scheduled Sunday. Pastor B.F. Hilton of the Living Hope Church of the Nazarene said his church has been vandalized three times this year by copper thieves.

The church had a hot and humid summer after two air conditioners were damaged in thefts this spring - now, a third incident destroyed their roof heating unit. Services were canceled last week.

"It's been a distressing time," Hilton said Sunday. "This disruption just added to all the difficulties that we've been experiencing."

Temporary repairs meant services could be held this week with the use of two wall heaters. Major repairs - estimated at around $14,000 - still need to be done.

"Our people who come here for the most part, they have very limited resources," Hilton said. The church, located at 410 East 49th Street North, was hoping to spruce up the building but heat and air conditioning take priority, he said.

"We're so thankful that there are kind and generous people that are willing to help us out. It's a great blessing," Pastor Hilton said.

It's just a start to the funds that are needed, but they were thankful to be back in the building for their Christmas program.

"We're going to keep on doing what the Lord wants us to do," he said. "We've been reaching out to children in the communities and families as we're able. We've been trying to help make their lives better, and we're not going to let this stop us from doing that."