One Dead In Truck Crash On Highway 169 Near Nowata 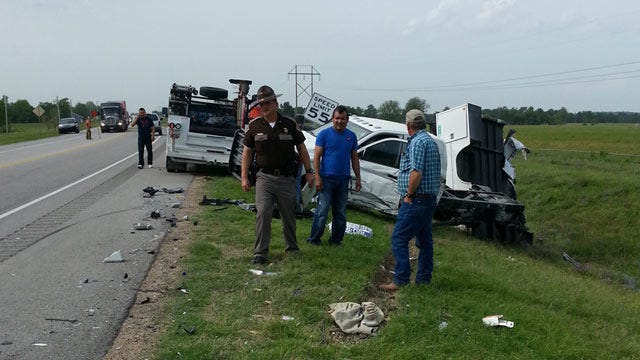 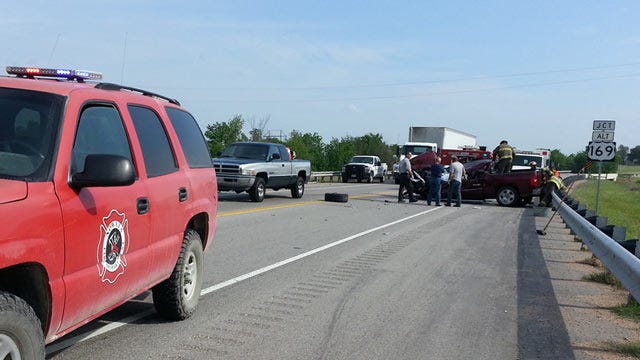 The crash happened on Highway 169 about two miles north of Nowata.

The OHP said Melvin McGee's 2009 Chevrolet pickup drifted across the center line and collided with a northbound 2014 Dodge pickup work truck with a large toolbox bed. The impact knocked the bed off the work truck.

The Dodge pickup driver, Wasbaldo Lazo, 37, and two passengers, Enrique Ramos, 29, and Leopoldo Briones-Venegas, 58, all from Ganado, Texas were not injured.

Troopers said Lazo swerved in an attempt to avoid contact but still struck the Chevy pickup before going off the highway.

Troopers said it is unknown why the McGee's pickup crossed the center line.

Traffic on the highway was down to one lane for almost two hours while troopers investigated the crash.

One Dead In Truck Crash On Highway 169 Near Nowata