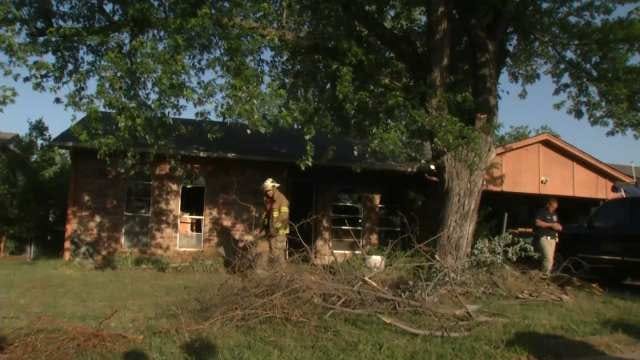 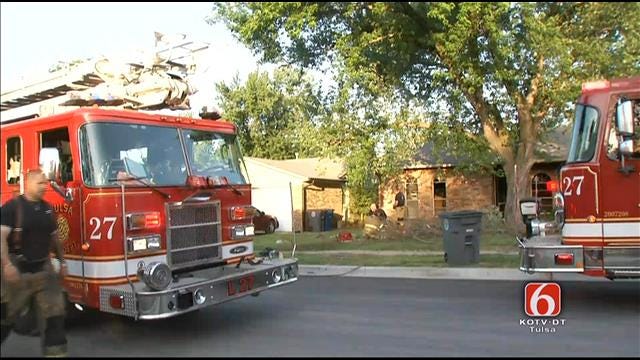 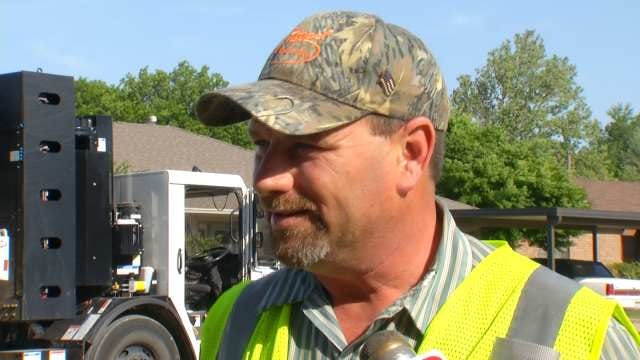 Sources tell News On 6 that a man has died following a house fire in the 3300 block of South 126th East Avenue Tuesday.

The neighbors say a trash crew noticed the house was on fire and started knocking on doors to get someone to call 911.

Albert Dompeling is part of a Tulsa trash crew that spotted flames inside the living room of the East Tulsa home.

"I knocked on the door and I didn't get no answer and then I kind of panicked. I went to the neighbors and I want to apologize to them because I almost knocked down their door trying to get their attention," Dompeling said.

"The garbage collector was knocking on the door really hard and ringing the door bell and I thought something has got to be wrong, because he just kept on and kept on," said neighbor Dianne Jones.

When firefighters arrived just before 7 a.m. smoke was pouring from the home and they learned a man was still inside.

They found the man in a front bedroom and carried him outside. EMSA treated him for smoke inhalation and transported him to a hospital in critical condition.

Firefighters believe the fire started in the front room. They said the home had a smoke detector, but it wasn't working.