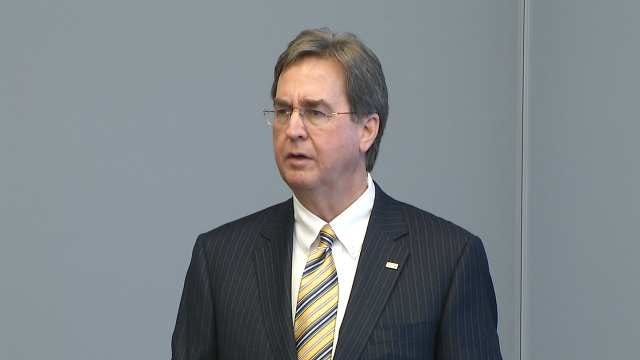 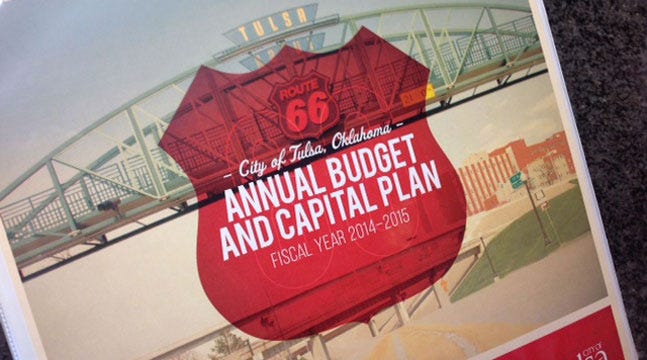 Tulsa employees are on the chopping block as the Mayor's new budget calls for multi-million dollar spending cuts. It also includes a one year hiring freeze for police and fire.

Bartlett, in an email to employees Thursday afternoon, said the budget cuts are needed to address a potential $17 million gap in city finances next year.

The Mayor's new budget doesn't make anyone happy at city hall because, while police and fire spending is basically flat, while other departments are getting major cuts. One example is the Parks Department, with almost $1 million less to spend next year.

Mayor Bartlett presented a budget to the council that continues to draw down city services as city income stays flat, while city expenses go up.

"Well it's very difficult when the revenues simply aren't there, and that's the tale of the tape," Bartlett said.

The Mayor's total budget is $673 million, but the general fund that pays for most services is $260 million, a cut of $5.4 million from the current year.

The Parks Department, again, will take a major cut of $1 million dollars year to year. Public safety, fire and police, are spared cuts, but the mayor is proposing no new hiring for the next year.

"Unfortunately in that budget there's not enough police academy or fire academy included. So, how are we actually improving our public safety and putting more boots on the streets. So, that's something I will look into and see what we can do to, hopefully, change that," Gilbert said.

The mayor has backed off a proposed $300,000 cut to night bus service, and he's proposing another $1.5 million to promote tourism in the city.

Overall, Bartlett said the increasing cost of public safety is squeezing dollars out of the budget; meaning every other department has to take big cuts.

"That means that the other departments in our city are gonna get squeezed, and that's exactly what happened with this proposed budget. The other departments are getting squeezed and they're receiving and participating in the brunt of the reduction in order to provide enough money to pay the police and fire departments," Bartlett said.

The mayor is proposing a consolidation of city and county parks; and he'll make another effort to get a dedicated tax for public safety.

Right now, police and fire take up 61 percent of all general spending, and that's growing every year.

In a letter, Bartlett said:

"At 6 p.m., I will be presenting the proposed budget for Fiscal Year 2015 to the City Council.

Thanks to our department heads, our budget team and the hard work of all of you, we have developed a balanced budget that addresses a potential $17 million gap in the Fiscal Year 2015 general fund.

This is a very tight budget, and we tried to have as little impact as possible on position. The budget eliminates 188 vacant positions, but unfortunately also abolishes 27 filled positions. Human Resources and Department heads of those impacted are meeting today to discuss employment options in their departments and other areas of the city. With Council approval, these budget reductions would go into effect July 1, giving us two months to plan for those positions.

We did not reduce expenses in all departments across the board, but we took a strategic approach. The general fund reductions vary from department to department. We will continue to negotiate with the collective bargaining units to find and agree on efficiencies in the police and fire departments.

With this budget in place, I hope we are now beyond budget reductions so we can begin to redefine and refine our services and work activities.

I want to thank each and every one of you for your patience and your commitment to the citizens of Tulsa. Please keep working with me to find solutions to issues and create new opportunities for our community.