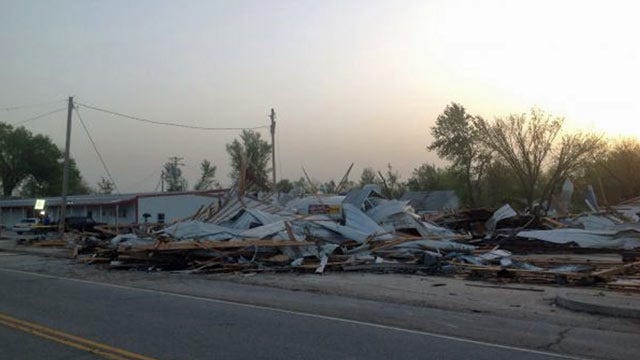 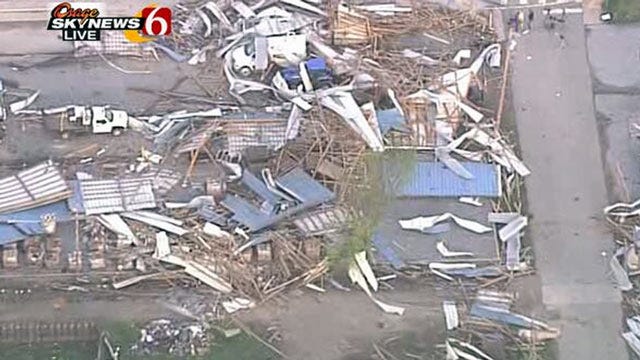 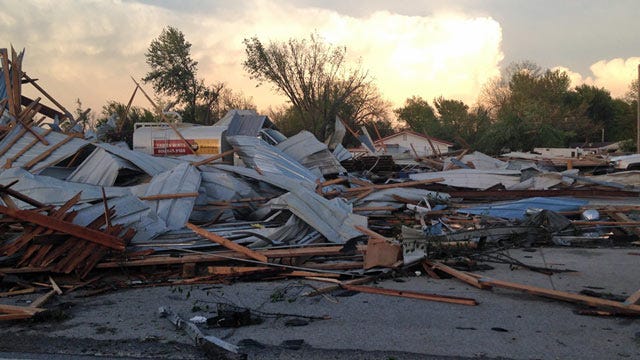 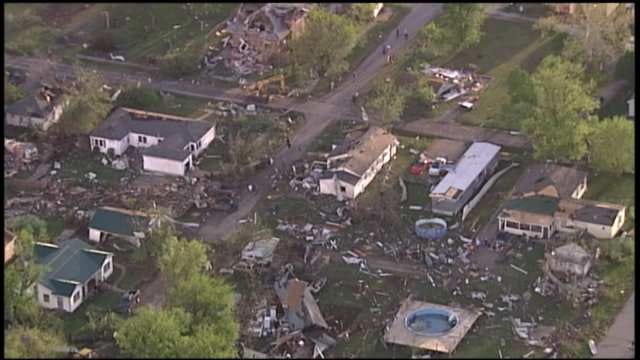 Utility crews are working to restore power in Quapaw after a tornado killed one person and injured five others Sunday afternoon.

Quapaw is a town of 900 people located in Ottawa County about 20 miles southwest of Joplin, Missouri.

It damaged or destroyed Quapaw's volunteer fire department station, a bank and a number of homes. Officials say about 60 structures sustained damage.

Quapaw Police Chief Gary Graham says his department didn't know the tornado was touching down right on top of them until it was too late.

Kristie Wallace, a spokeswoman for the Baptist Regional Health Center in nearby Miami, says five people were treated there for injuries they received in Sunday's tornado. Four were listed in good condition and one in fair condition. Wallace says the patient listed in fair condition suffered a broken bone and has been admitted. She says all the others were treated and released.

FEMA and Oklahoma Emergency Management will be holding a news briefing at the Quapaw police station Monday.