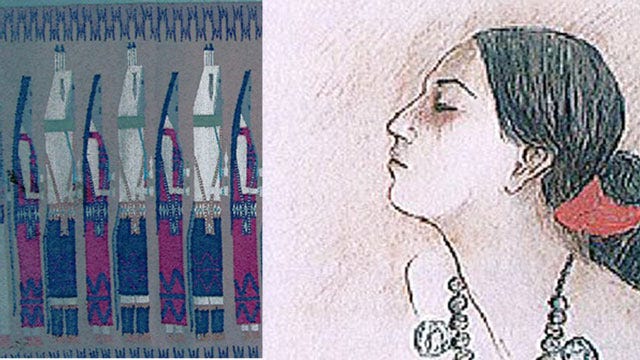 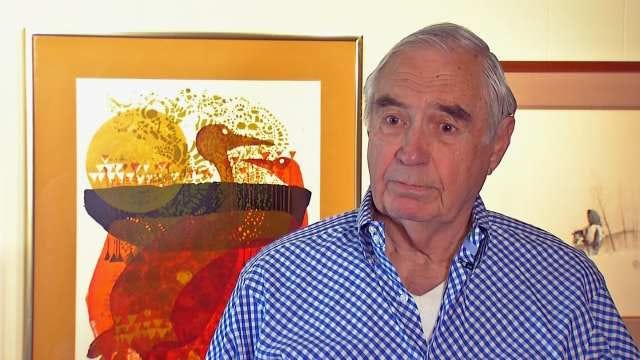 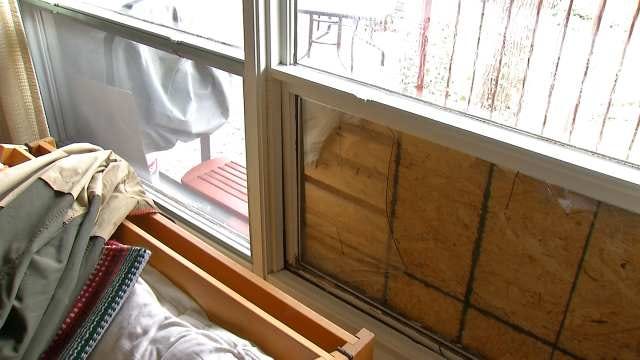 Some original pieces of Native American art have been stolen from a south Tulsa home. The pieces were stolen from a man who has also made his mark in the Oklahoma art world.

Frank Chitwood is one of the architects who designed the Mid-Continent Tower in downtown Tulsa. He's always collected art, and now three of his most prized pieces are gone.

"It's just stuff I like to have and buy, and I have some artist friends here in town," he said.

He's filled his home with prints depicting life in America, a century-old organ his grandmother bought off a covered wagon and Native American art, like a Yeibachi Wedding Ceremony tapestry.

Now, there are just cobwebs clinging to where that piece, and two others, hung for years.

"It's been there hanging a long time," Chitwood said. "You buy them a long time ago and you intend to utilize them, you know, enjoy them."

Chitwood doesn't even have a picture to remember it by.

"Well, you're mad at somebody for taking them, and just disappointed that they're no longer there," he said.

Chitwood was downsizing his collecting and put an ad in the paper, selling the tapestry for $14,000. Four potential buyers came to his house, and just days later while he was away, his window was shattered and his art was gone.

"I noticed that those three pieces of art were gone," Chitwood said.

Police say the thief is likely someone who knows Chitwood's art collection and it could already be sold.

"Collected them a long time ago," Chitwood said. "Yeah, I want them back."

Chitwood said the burglars came in through a back window and didn't take anything but those three pieces.

Police are asking that you contact 918-596-9181 if you were one of the potential buyers who responded to the newspaper advertisement.

Anyone with information is asked to call Crime Stoppers at 918-596-COPS or text TIP918 to CRIMES.