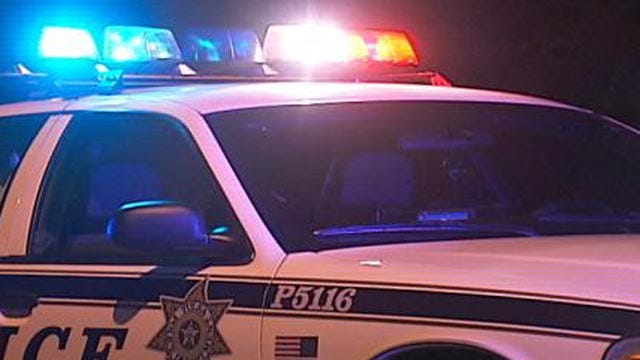 Mental health professionals are urging law enforcement officers in Green Country to sign up for a special training session.

The conference will help police identify if someone is mentally ill.

Organizers say the training is needed now more than ever.

Police officers face a number of challenges every day, one is trying to determine if someone is mentally ill or poses a serious threat.

The Oklahoma Department of Mental Health is offering a training session for officers in those situation, and only organizers say hardly anyone has signed up.

Justin Phillips ended up crashing his car into a dump truck and died.

Ellen Harris, of National Alliance on Mental Illness, knows what it's like to live with someone who is mentally ill.

She had to call police on her own son and is grateful the responding officer was trained to handle the situation.

"They did have to do a takedown but there was no violence, it all went very calmly," Harris said.

But that's not always the case.

Police is St. Louis are being criticized after home video surfaced of officers beating a man who is mentally ill.

"These are tragic events and, sadly, they are quite preventable," Harris said.

Harris is now helping organize a weeklong training exercise for police officers to learn how to identify and react to someone who is mentally ill.

"The police officers, when they have the training, can avoid many crisis," he said. "They can avoid the use of force, sometimes unnecessary force, because they now know and have the tools and skills to de-escalate the situation."

The problem though, Harris says, is only nine people have signed up.

She doesn't want what happened in St. Louis to be repeated here and hopes police chiefs and sheriffs take this kind of training seriously.

The training is in Muskogee at the end of the month.

It doesn't cost anything to register and each department gets $400 for every officer who completes the program.

Officers can register for the training by clicking here.