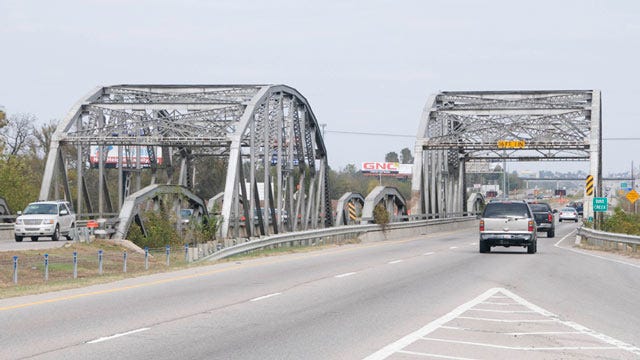 The Oklahoma Department of Transportation made emergency repairs to the Bird Creek bridge on Highway 169 in Owasso on Thursday.

ODOT said it closed the right lane of northbound Highway 169 at 56th Street North until just before 6 p.m. in order to complete the repairs.

ODOT urged drivers to find another route to avoid the area. It said they expected delays if drivers tried to drive through the area Thursday evening.

According to the News On 6 Bridge Tracker database, that bridge was built in 1960 and is currently rated as structurally deficient by ODOT. ODOT inspects it every two years, with its last inspection taking place in May 2013.

Check out the News On 6 Bridge Tracker page.

Last fall, ODOT decided to move up its plan to replace the bridges a year to next year.

Traffic on that part of 169 is already often congested during the evening rush hour for a couple of reasons. The highway's three northbound lanes narrow to just two at 56th Street North and ODOT is in the process of replacing the Highway 266/46th Street North bridges over Highway 169.