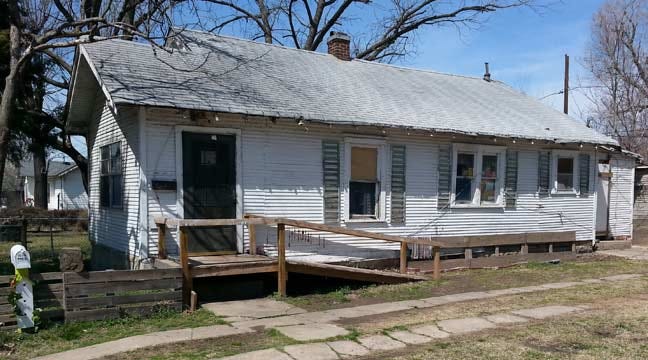 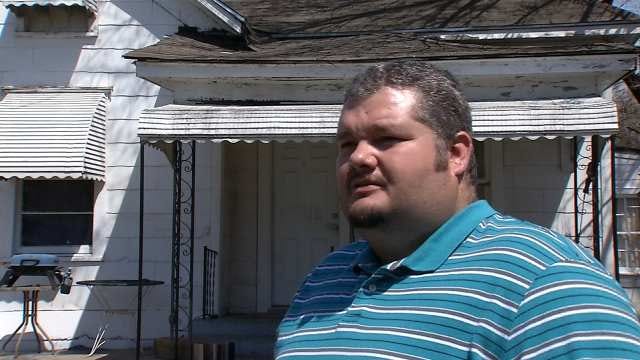 Muskogee police said one suspect is dead and two others are at large after a woman's home was burglarized. A neighbor shot the suspect after the woman ran to him for help.

Police responded to a burglary with shots fired call at a Muskogee residence around 9:45 p.m. Saturday in the 100 block of Geneva.

Kyle Ford told police that neighbor Dana Lewis knocked on his door and asked for help. Lewis told Ford that three men approached her outside of her home, forced her inside and demanded property.

Lewis, 46, said she escaped with the three men still inside.

Ford tells News On 6 he grabbed his gun and stepped outside his house. He told the men to leave, and then they approached him.

Ford cocked the pistol and told the men to leave a second time. He said the man was acting crazy and lunged at him, and he shot him one time.

Police said all three suspects fled the scene, but shortly after, officers found a male suffering from a gunshot wound to the chest in an alleyway south of the residences. The suspect was transported to EASTAR West in Muskogee where he later died.

"He was literally a foot from me was when I shot him," Kyle Ford said. "It's not something I ever wanted to have to do."

"I asked them what they were doing and the first thing he said is, 'What are you going to do?'" Ford said.

Ford said he walked closer and the men came at him. He said they appeared to be on drugs and were making wild gestures with their arms.

"The one guy was just real crazy, throwing his hands up, jumping around," he said. "That's the guy I shot, yeah. He was coming at me. He was like, 'What are you going to do?' Coming right at me in my face."

The men ran off after Ford fired his gun.

The man who was shot was found in a nearby alley and died Sunday morning.

Ford says the whole incident has him shaken up.

"I've asked God to forgive me," he said. "I feel justified. I don't feel justified that the man died, but I felt justified in protecting myself and my family."

The other two men got away and police do not have a good description.

Ford says he feels like he did the right thing and that he never set out to kill anyone.

"I only fired one shot," he said. "If I was out to do harm, I probably would have shot all of them, but that's not the case. I was just trying to defend myself and that's all I did."

Police said in their initial investigation that it looks like Ford acted in self-defense, but once their investigation is finished, it'll be turned over to the district attorney who will make the final decision.

Muskogee police are still looking for the two other suspects. They are described as white males wearing dark clothing. The deceased suspect's identity has not been released.

If you have any information on the other two suspects, you are asked to contact the Muskogee Police Department at 918-577-6906.