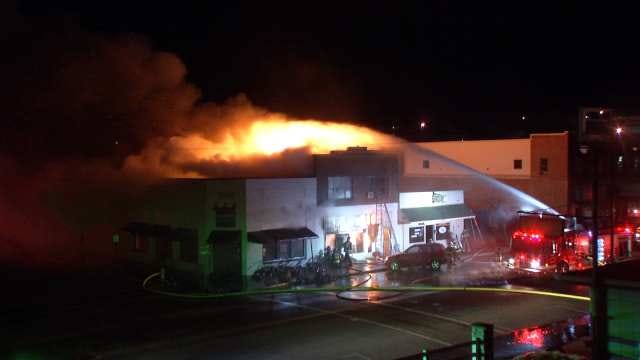 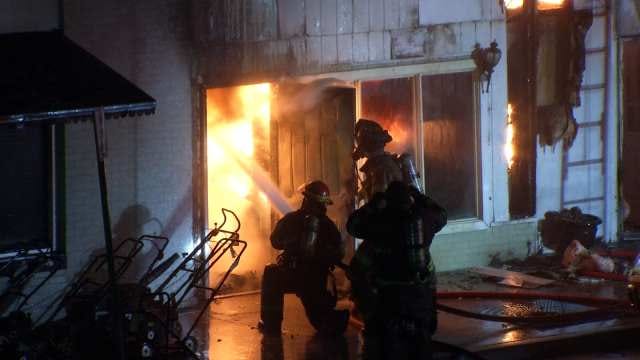 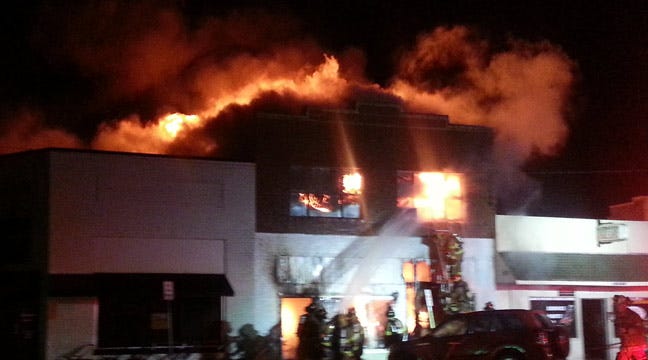 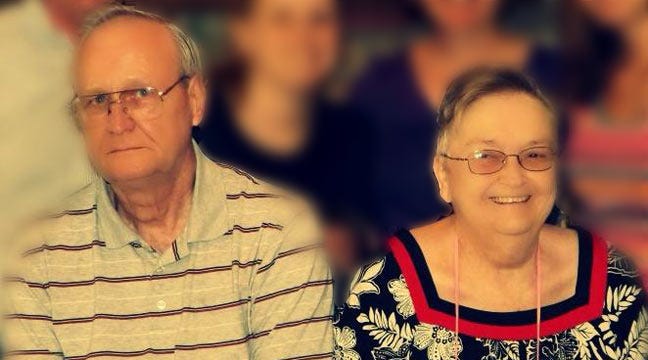 SAND SPRINGS, Oklahoma - A man and woman were rescued as they escaped from a downtown Sand Springs fire that broke out at about 3 a.m. Sunday.

Authorities say the historic building at First and Main had storage for a nearby repair shop on the first floor and apartments upstairs. A man and woman in one of the second-story apartments woke during the night after the wife smelled smoke.

The couple fled to the roof of an adjacent building where Sand Springs firefighters got them to safety. Sand Springs Fire Chief Mike Wood said he believed they got out a window to the single-story building next door.

They have been identified as Doug and Lois Harris. Both were being treated for smoke inhalation at a Tulsa hospital and are expected to be OK, according to a relative who was at the scene.

A Facebook page has been set up to help them as the couple lost everything to the fire. Doug Harris runs the small engine repair shop that is adjacent to the building that burned.

"Those are the only two occupants of the building at this time, that we know of," Wood said.

Wood said his department found heavy flames showing from the building when they arrived. It had no sprinkler system and "years and years" of add-ons and remodels, making firefighting much more difficult.

"The old construction is just difficult to deal with in the first place," he said, and the fear of building collapse kept them from putting any personnel inside the building.

"There's going to be pretty major water damage and smoke damage to the adjacent buildings," he said. "We've gone in and done some salvage in both to try and save as much as we can. We had all of our companies on scene and we have two engines and a ladder from Tulsa out here as well.

"Wind did play a little bit of a factor; we had a little smoke on the highway," Wood said. "Weather conditions really were, for this time of year, pretty good."

The main fire attack took about two hours with firefighters remaining on scene to put out hot spots. The fire was ruled under control at 7 a.m.

Wood said several cats ran from the building but there my have been others that perished in the fire.

With the fire out, Mary Eubanks got a first look inside her office, which is in the building next door. And though the sign says it's a law office, the Sand Springs Chamber of Commerce had moved in a month ago.

"The firemen let me go in for just a minute to get my book," Eubanks said. "You don't really realize that you don't have all your numbers until something happens like this."

She got her book, but the office was destroyed by the flood of water.

While the buildings will be boarded up, there's not much left of the one in the middle.

The view from the back shows the extent of the damage. The fire burned almost everything up to the facade.

"We can put up a new building, but the old one, it's our history and we want to honor our history while we look to the future," Eubanks said.