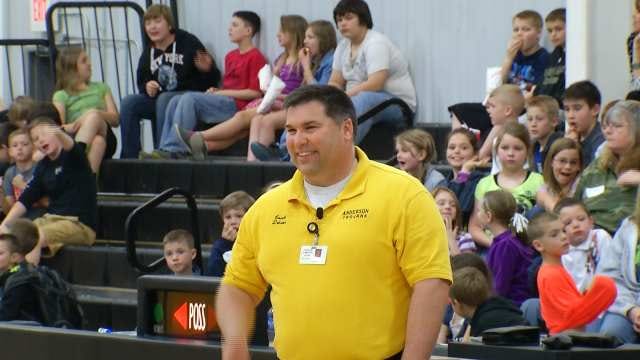 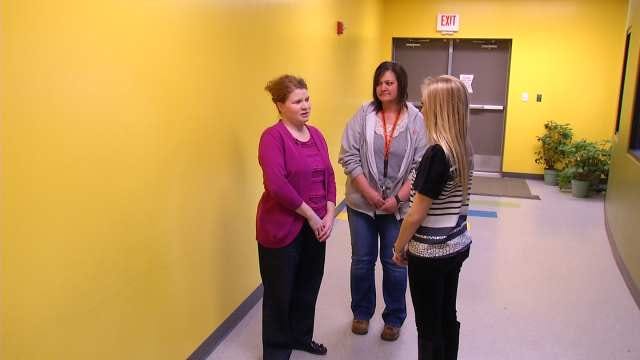 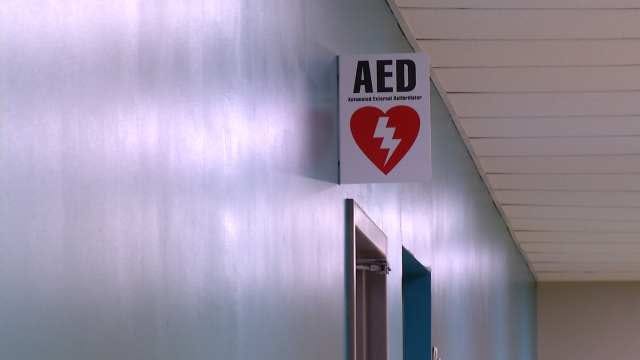 A heart attack lasts just minutes, but it was the hours before the game at Anderson Elementary Tuesday night that saved the life of a Sand Springs grandfather.

At a fourth-grade basketball game on Tuesday night, a man watching his granddaughter play had a heart attack.

Witnesses said what happened next is all thanks to God's timing.

When minutes mattered at an Anderson Elementary basketball game the staff was ready.

"You saved a life. I don't know. I don't know if it's really hit home yet or anything," basketball coach Harold Dotson said. "It's just, with the training that we had fresh in our mind, it just kicked in, so we just did what we had to do."

On Tuesday, the school got its first defibrillator.

"We put that over here in case of some kind of emergency like that, which, you never thought you would use it in any case," Dotson said.

That night, as the game got underway, a Sand Springs grandfather in the stands started slumping over.

"So I ran over kind of to see what was going on, and they mentioned they thought he was having a seizure," teacher Athena Martin said.

A teacher grabbed the defibrillator and Dotson jumped into action.

"The training just kicked in and we got him flat down on the bleachers," Dotson said. "His breathing stopped, so I started administering CPR. … With the Lord's help, we got him going."

P.E. Teacher Susan Croston was inspired by a former colleague to get a defibrillator in the school.

"We had a counselor here that passed away last summer. Her name was Catie McGoldrick," Croston said.

McGoldrick died of cancer, but she was concerned about her heart.

"She had a serious heart condition and she always said, 'If my heart goes out of rhythm, I'm in trouble.' And ever since I first met her eight or 10 years ago, I knew we needed to get an AED here at school," Croston said.

Superintendent Brett Banker says they got their defibrillator just in time and other schools shouldn't hesitate to do the same.

"Find it in your budget to get one, they're obviously worth anything you pay for it," he said.

First responders say that the staff's CPR training and use of the defibrillator saved the man's life.

That grandfather suffered a massive heart attack, but he is doing fine now.