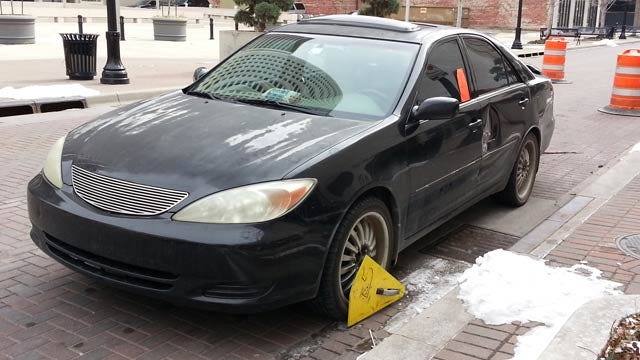 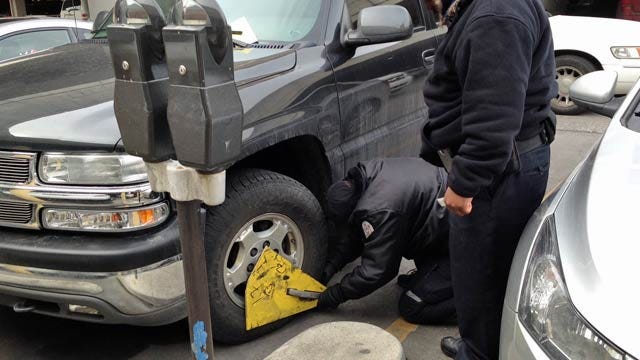 The city of Tulsa offered three weeks of forgiveness, but now it's giving some cars the boot over unpaid parking tickets.

The city started a more aggressive enforcement effort Monday, to collect on thousands of tickets that drivers have ignored.

Some drivers discovered their car got the boot after they got off work, and it's too late to pay the fine on Monday. That means not only do people have to pay their old tickets, they'll pay a towing charge as well.

It didn't take long for City Security officers to find cars on the list to be towed.

A silver Volvo had 9 outstanding tickets, and it got one of the first boots downtown.

The city is looking for cars with more than two parking tickets outstanding, despite a recent period of amnesty when they could have been paid without extra fees.

With the boot on the car, there's only one option, people have to find a way to City Hall to pay the ticket.

One car on Main Street was booted because of 9 outstanding tickets. Paying them off will cost $240.

The boot is bright yellow, and the city puts a big sticker on the window that says, "Greetings, your vehicle has been impounded!"

People who forgot to pay their tickets can't miss the reminder; the ones who paid up are in the clear.

There was a line Friday with people paying old tickets and the city reported that half of all the people who paid up came in on the last day.

During the three-week long amnesty, 680 tickets were paid, with fines totaling $14,085. That left more than 18,000 unpaid tickets outstanding.

A couple of them are connected to a red Toyota. It got the boot for just two outstanding parking tickets that would have cost $30 to clear up.

The city has plenty of boots, they said, and one of them went on a car with 6 tickets outstanding. Now they'll have to be paid, with late fees, before the boot comes off.