ME: Pawnee County Remains Identified As Trio Missing Since 1992 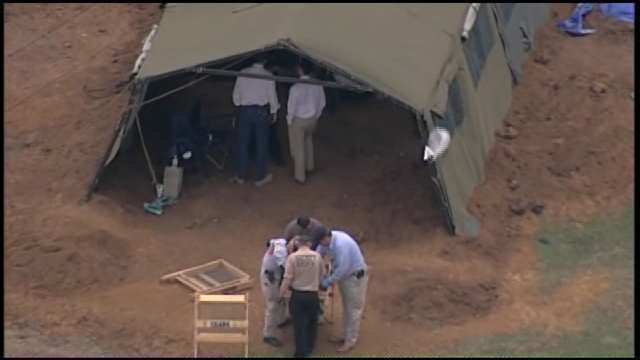 The three -- Lisa Kregear, Wendy Camp, and Cynthia Britto -- were reported missing in May 1992.  At the time of their disappearance, Lisa and Wendy were each 23 and Cynthia was 6 years old.

On April 16, 2013, the Oklahoma State Bureau of Investigation recovered the remains which had been buried on a farm and near Jennings.

The ME's office has not yet released the cause and manner of their deaths.

Grover Prewitt, 50, of Bristow was arrested and charged with being an accessory to first-degree murder in connection with their deaths. Court records show he has a hearing set for March 7 in Creek County court.

ME: Pawnee County Remains Identified As Trio Missing Since 1992