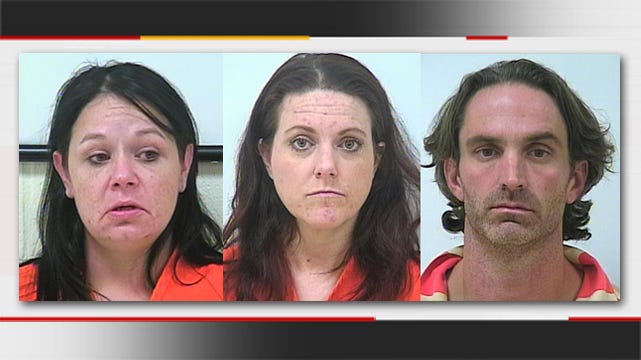 An Oklahoma Department of Human Services employee was arrested for possession of methamphetamine and marijuana in Osage County, according to the Osage County Sheriff's Office.

Michele Beard, 36, was released on bond Sunday, January 12, 2014, after being arrested in a traffic stop.

An Osage County Sheriff's deputy said he pulled over a car being driven erratically in Skiatook at about 2 a.m. Saturday. He arrested the driver, Barton Fugate of Tulsa, for driving under the influence.

The deputy then questioned Beard, a Collinsville resident, who was a passenger in the car. He asked her what was in her pocket after noticing a bulge. She reportedly told him it was lint; however, the deputy asked her to empty her pockets after seeing the corner of a plastic bag.

Authorities say Beard had a baggie of meth, a baggie of marijuana and some paraphernalia. She was arrested for possession of those items and for public drunkenness.