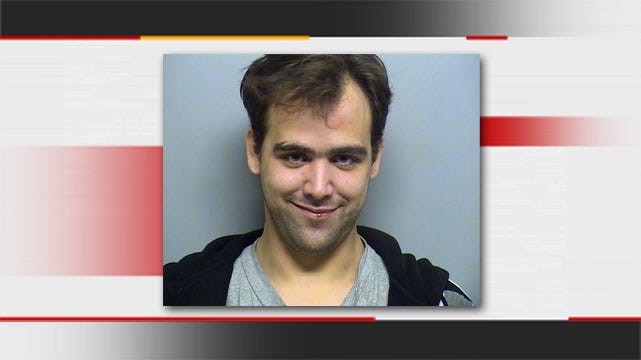 A Tulsa man arrested for a traffic violation ended up with a felony complaint Saturday morning, when police say he was caught completely naked on the female side of the booking floor of the jail.

According to his arrest report, 24-year-old Anthony Larsen was being booked on a warrant for improper passing.

The detention officer reported hearing a commotion and cries of, "Ew, he naked!" coming from the booking floor at the David L. Moss Criminal Justice Center.

The officer found Larsen hiding behind a telephone, without any clothes on and in full view of the female inmates, the report says.

Larsen tried to run from detention officers toward the operations desk, according to the arrest report, but they caught up with him.

This was all reportedly caught on surveillance video.

Larsen now faces a felony complaint of indecent exposure. His bond was set at $5,000.