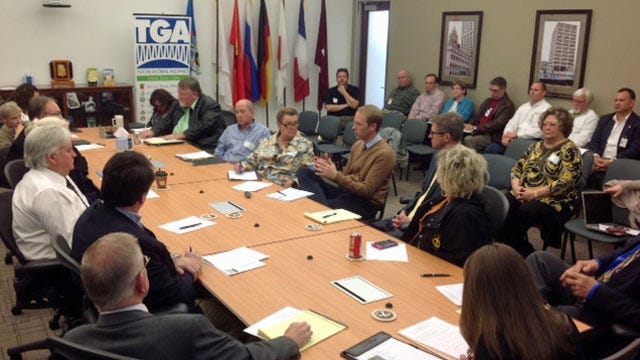 The council has no direct role in the operation of the trash system, but is interested in influencing the TARE board, the authority with direct oversight.

One city councilor, David Patrick, also has a seat on the TARE board. Mayor Dewey Bartlett sits on the board as well.

During a discussion of how a plan to mulch green waste turned into a system where it's almost always burned, City Councilor Karen Gilbert said the task force was designed to "see what we can do to move forward, not to point fingers on the green waste issue."

The City of Tulsa has so far failed to identify a mechanical system that efficiently removes bags from green waste for mulching.

City workers are now tearing open some bags at the back of the truck, but the majority of the bagged green waste is still burned.

The task force is composed of several city councilors, citizens and a handful of experts on the issue.