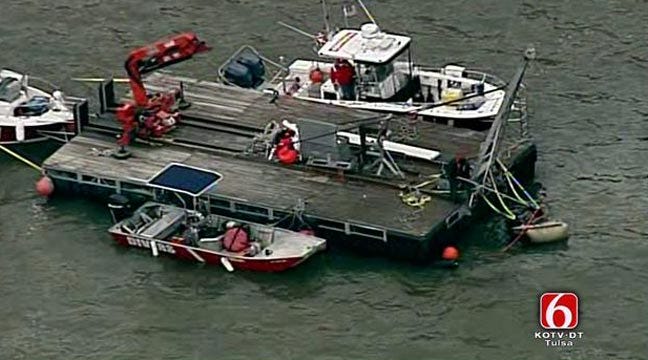 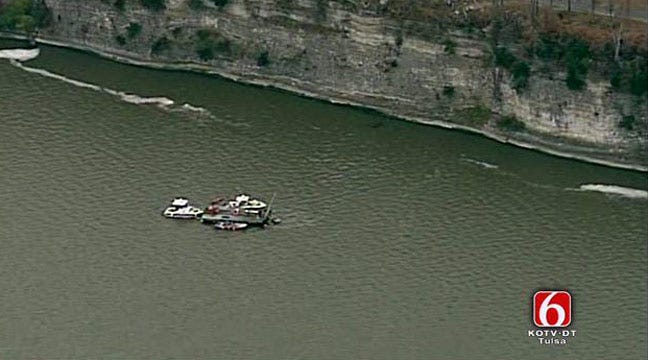 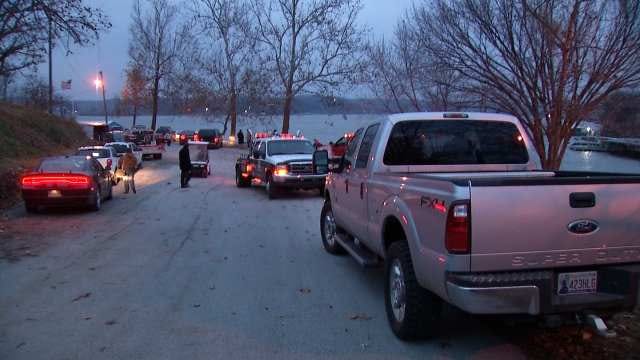 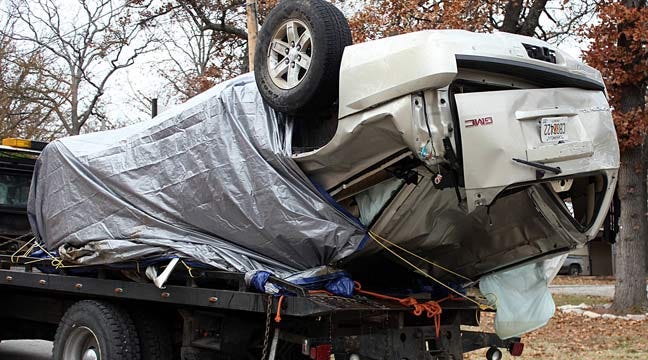 Dive teams have recovered an SUV that crashed over an 80-foot bluff into Grand Lake. Three men were killed in the wreck.

The body of one man, 24-year-old Michael John McKinney of Oregon, was recovered late Friday. Two other victims, Kyley A. Collins and Jake R. Olsen, both of Grove, were brought to the surface Saturday.

Collins, 22, was driving the GMC Yukon when it missed a hairpin turn, crashed 60 feet through a guardrail and down the bluff into Grand Lake at about 9:30 p.m. on November 21. A passerby called authorities Friday morning after seeing the damage to the guardrail and tracks leading off the bluff.

Olsen, 23, and McKinney were passengers in the 2014 SUV, according to OHP Trooper Eric Gibe.

The SUV flipped a half time and came to rest on its top in about 12 feet of water, Gibe said. Troopers continue to investigate the cause and condition of the driver.

Blue Bluff Harbor is about four miles north of Grove in Delaware County.

The Grand River Dam Authority supervised efforts as dive team members recovered the vehicle and the bodies of the men trapped inside. Northwest winds and frigid temperatures added to the difficulties as crews took turns diving into the water.

Divers attempted to use floats to lift the SUV out of the water on Friday but were unsuccessful.

Osage SkyNews 6 pilot Will Kavanagh said they used a large barge to slowly pull the SUV back toward the bluff on Saturday.

"This is a cold endeavor and a dangerous endeavor," Kavanagh said Saturday morning as he flew over the recovery team in Osage SkyNews 6.

The slow, tedious, job of pulling the vehicle from the lake resumed Saturday morning.

After efforts to float it to the surface with inflatables failed, a barge with a winch was brought in to finish the job, but even that was slow going.

"The wind blowing, the boats, they can't sit stationary," Gibe said. "It would blow them sideways a little bit, and they would have to keep repositioning them."

Gibe said after spending two days on a boat in the frigid weather, he's more concerned with the families of the victims than himself.

"You have to sympathize and feel for them because if you have children, you know what it would feel like if you lost one of yours," he said. "They had got together, I don't know what they went out to do, I guess two of them work together."

"The divers can't stay out there very long," Gibe said. "They can't deal with the water temperature, they're core body temperature starts going down and you have to take them in so they can warm up."

After six more hours of tedious work on Saturday, the SUV was pulled into the harbor with the bodies of Collins and Olsen inside.