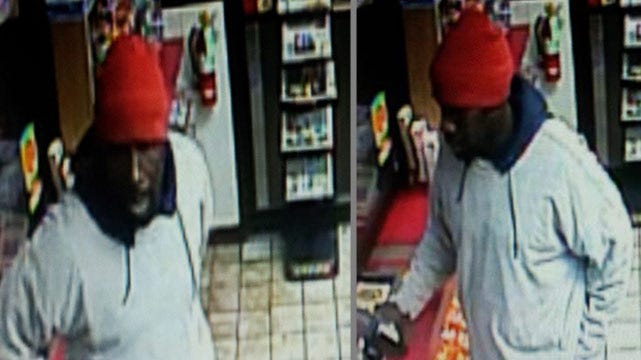 About half an hour after midnight, police say the man went into the store and asked for the cheapest cigar. While the clerk turned to get the cigar, the man climbed over the counter and demanded money.

Police say the clerk opened the register and the man took some cash, telling the clerk, "Don't get killed."

Money in hand, police say the suspect climbed back over the counter and ran out of the store. The clerk was not injured and did not report ever seeing a weapon.

Police say the suspect was driving a 2000 to 2003 model Oldsmobile Cutlass of an unknown color.

Anyone with information about the robbery is asked to call Crime Stoppers at 918-596-COPS.

See the surveillance video on uploaded to YouTube by TPD