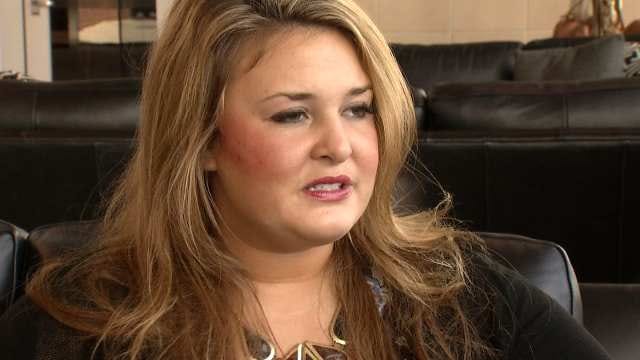 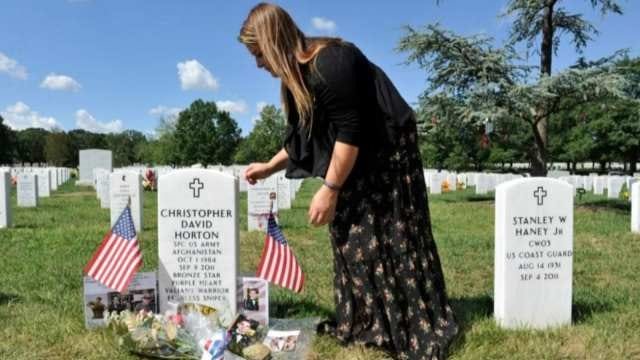 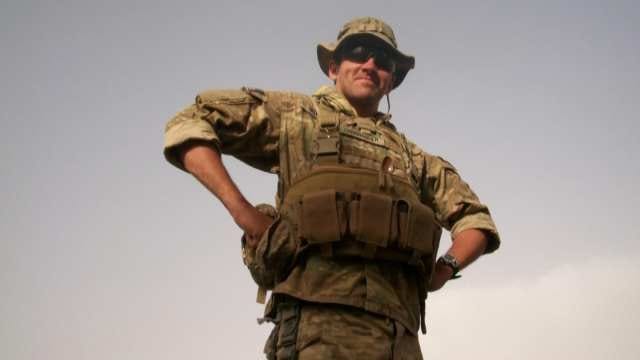 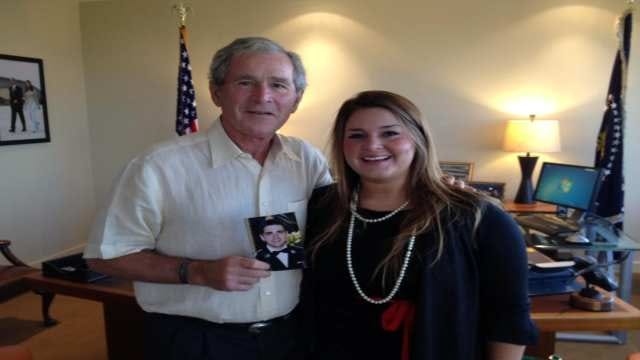 Jane Horton went from wife to war widow at just 25 years old. It's the unfair hand she was dealt more than two years ago, when her husband, Chris, was killed by enemy fire in Afghanistan.

But instead of hiding away with her heartache, Horton is traveling the nation, fighting to keep the voices of fallen soldiers alive.

She's lived the greatest fear of every soldier's spouse.

"I never, ever could have imagined I'd be a 25-year-old widow," Horton said.

It's the harsh reality she has had to live with every day for more than two years now.

"Chris was killed on September 9, 2011, by enemy fire. They were ambushed and he was shot to death with two other Oklahoma soldiers."

Horton met her husband, Chris, in college. The two fell in love over politics, after Chris hired her to work on a political campaign with him. They got married a year or two later.

"We absolutely loved keeping up with what's going on in our country and we both loved our country very much, as well," Horton said.

It was Chris's love for his country that led him to join the Army. He was an Army Specialist and one of the finest snipers in the Oklahoma National Guard.

Chris was killed during his first deployment.

"It's a lot of wade through, but it's also a huge honor to be the wife of a hero," Horton said. "Chris kind of passed the torch to me to carry on his legacy to do whatever I could for this nation, to spread the message of freedom and sacrifice."

It's a torch she carries proudly. Because in fighting to keep her husband's legacy alive, she's become a voice for all fallen soldiers and their families.

"We just cannot forget, as a nation, why we are America and why we are free, so I'm just trying to instill that in people."

In January, Horton left the home she and Chris made together in Collinsville. She moved where she felt she could make the biggest difference: Washington, D.C.

"I've been advising some different officials and military officials on casualty policy and just kind of bettering the casualty process for the families of the fallen," Horton said.

Horton gives a Killed In Action bracelet, honoring her husband, to about every politician or military person she meets.

"I've gotten many letters back from them saying that they set it on their desk every morning and they remember their duty to the military and remember why we are free, and it inspires them each and every day to make a difference in our nation. And I think that's what's important," Horton said.

Horton has met with the first lady's office and several others. She also serves on an advisory board for the head of the Army.

"Just to talk about, 'Don't forget the families of the fallen, whenever you have events for military and do other things. Don't forget us.' And it's not necessarily about me or my other friend that's a widow; it's just remembering the sacrifices of so many," Horton said.

Her job with the Concerned Veterans of America took her on a 25-day "Defend Freedom" tour, where she was part of more than 35 events in 13 states.

"We try to get veterans mobilized here on the home front," Horton said. "They fought overseas and we've been at war for 13 years now. We don't want veterans to come home from a decade of war to a country that's falling apart, you know? We've got to deploy on the home front, get people involved and do what we can to save our nation here."

And, in her fight for the fallen, she's met with presidents, high-powered politicians and even famous actors, but she's quick to say the acclaim came at the highest price of all.

"I got to meet with them because my husband died, and do you know how much I wish that he got to meet with them?" Horton said. "I'm just a representation of who can't be here. For the rest of my life, I get to meet these types of people, but Chris never got to, and he's the one who gave his life for his country."

It's a mission that weighs on her greatly, but one that will never be heavy enough to make her stop.

"I know that there's rest one day, and one day I'll be with Chris again."