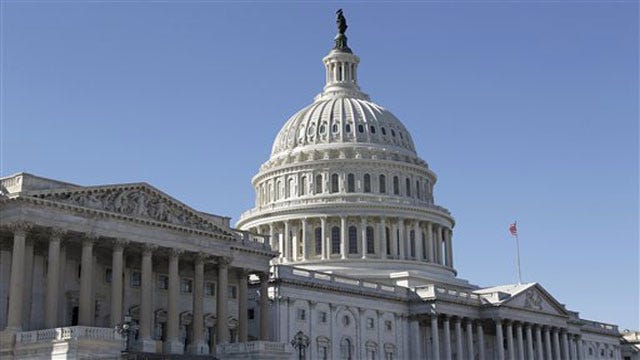 The Senate has approved a bill outlawing workplace discrimination against gay, bisexual and transgender Americans.

Despite the bipartisan vote, the measure's chances in the House are dim. Speaker John Boehner calls the shots, and he opposes the bill.

Gay rights advocates hailed Senate passage as a major victory in a year of significant change.

The Supreme Court in June affirmed gay marriage and granted federal benefits to legally married same-sex couples. Illinois is on the verge of becoming the 15th state to legalize gay marriage along with the District of Columbia.

"It is time for Congress to pass a federal law that ensures all our citizens - regardless of where they live - can go to work unafraid to be who they are," said Senate Majority Leader Harry Reid, D-Nev., who urged House Speaker John Boehner, R-Ohio, to reconsider his opposition.

The Senate rejected an amendment sponsored by Republican Sen. Pat Toomey of Pennsylvania that would have expanded the number of groups that are covered under the religious exemption. Opponents argued that it would undermine the core bill.

Senate passage is a major victory for gay rights advocates in a momentous year for the issue. The Supreme Court in June affirmed gay marriage and granted federal benefits to legally married same-sex couples. In the heartland, Illinois is on the verge of becoming the 15th state to legalize gay marriage, along with the District of Columbia.

"I hope that we are on the verge of making history tomorrow by passing this bill with a strong vote," Sen. Susan Collins, R-Maine, said Wednesday. "I then hope that our colleagues on the House side will follow suit and that we can see this bill signed into law."

Through three days of Senate debate, backers of the bill repeatedly described it as an issue of fairness some 50 years after Congress passed and President Lyndon Johnson signed the Civil Rights Act.

"It is well past time that we, as elected representatives, ensure that our laws protect against discrimination in the workplace for all individuals, that we ensure ... some protections for those within the LGBT community," said Sen. Lisa Murkowski, R-Alaska, who described the diversity in her state.

Murkowski's support underscored the generational shift. Seventeen years ago, when a bill dealing with discrimination based on sexual orientation failed by one vote in the Senate, the senator's father, Frank, voted against it. That was the same year that Congress passed and President Bill Clinton signed the Defense of Marriage Act.

Current federal law prohibits discrimination on the basis of sex, race and national origin. But it doesn't stop an employer from firing or refusing to hire workers because they are gay, lesbian, bisexual or transgender.

The bill would bar employers with 15 or more workers from using a person's sexual orientation or gender identity as the basis for making employment decisions, including hiring, firing, compensation or promotion. It would exempt religious institutions and the military.

Twenty-two states and the District of Columbia have approved laws banning workplace discrimination on the basis of sexual orientation, and 17 of those also prohibit employers from discriminating based on gender identity.

About 88 percent of Fortune 500 companies have adopted nondiscrimination policies that include sexual orientation, according to the Human Rights Campaign. About 57 percent of those companies include gender identity.