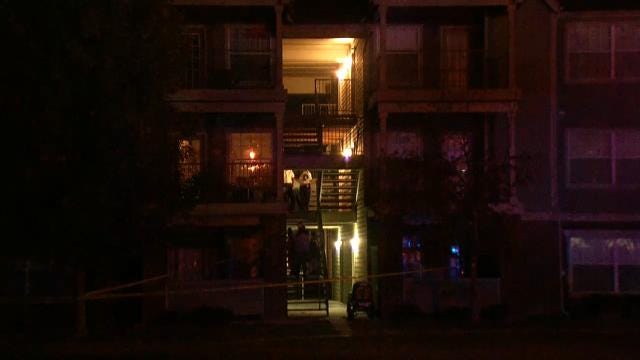 Police say a woman was injured Wednesday night when a man wearing a Halloween mask broke into her second-story apartment through the balcony and demanded money from her.

It happened at Garden Courtyards Apartments, on Garnett Road, near 41st Street, around 8:45 p.m.

Officers searched the property of Garden Courtyards Apartments Wednesday night, believing the suspect to still be in the complex.

An infant in the apartment was uninjured. Police say the woman was taken to the hospital in good condition and is expected to be treated and released Wednesday night.