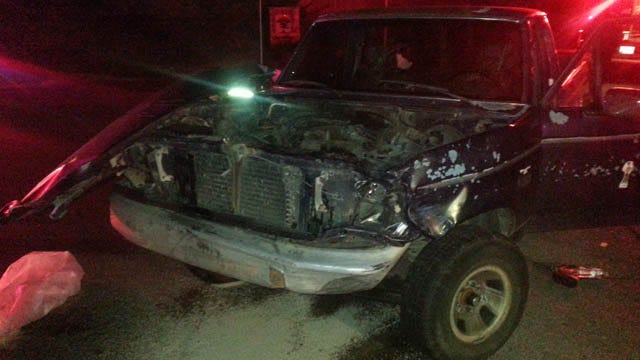 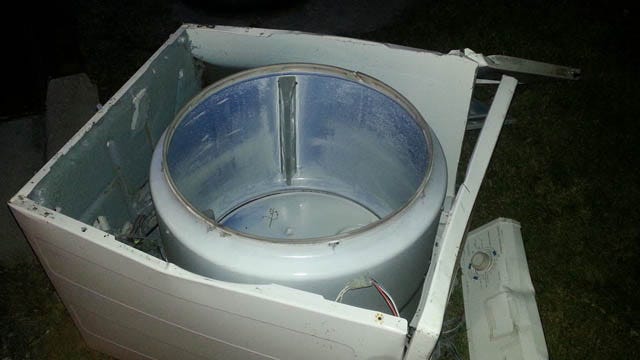 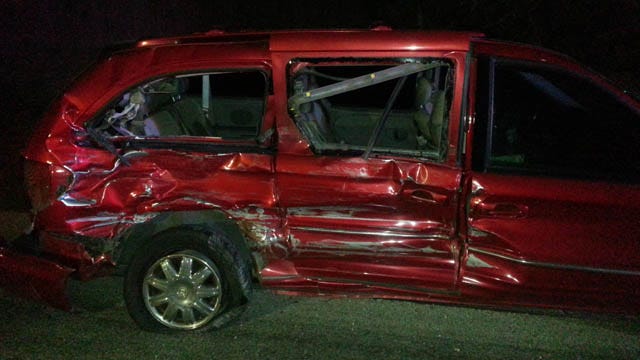 A pickup collided with a minivan early Wednesday morning, sending a clothes dryer flying out of the back of the truck.

It happened at 2:20 a.m. at the intersection of 81st Street and Toledo.

Tulsa Police say the driver of the pickup told them he was northbound on Toledo when he had problems with his brakes.

Police say he ran a stop sign and hit a minivan on 81st Street. The impact knocked the minivan into a ditch and caused the truck to spin around which launched the dryer out of the back.

Police say the driver of the minivan was not hurt. EMSA took the pickup driver to the hospital so he could be checked out.