Pickup Truck Veers Off I-44, Slamming Into East Tulsa Motel 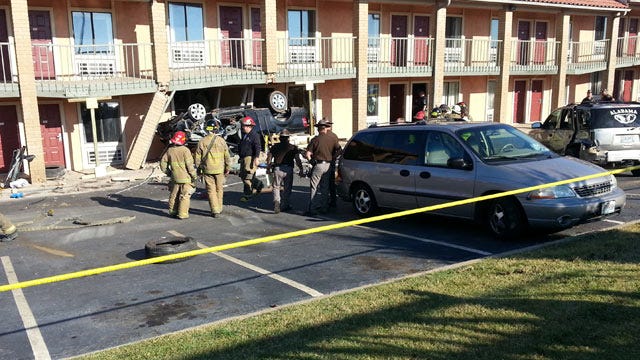 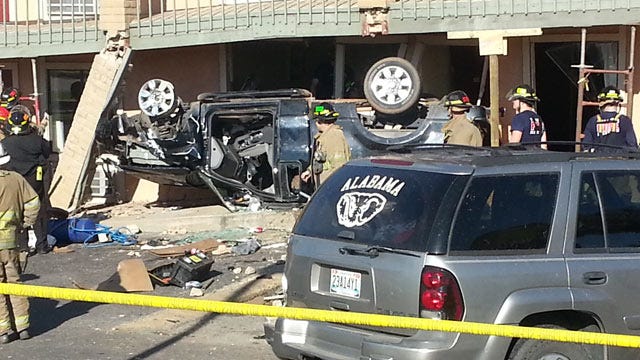 Some Tulsa motel guests got a rude wake up call Thursday morning, when a truck slammed into the bottom floor of the motel.

Oklahoma Highway Patrol troopers say a driver drifted off of I-44 near 11th Street, crossed over an access road and kept going right into the motel parking lot.

The driver hit a car, flipped his truck and then crashed into the front of the Howard Johnson motel.

Sleep depravation isn't only bad for your health, it can be down right dangerous, and in Phil Minner's case, he's lucky it wasn't deadly.

"The biggest thing was 'Get out of there,'" Minner said.

Missouri native Minner and David Downey are in Tulsa for work. Minner was asleep when the unthinkable happened.

"An explosion, it actually hit the air conditioning and there was dust flying and glass flying," Minner said.

If that didn't wake him up, Minner said a brick landed in his bed and hit his arm.

"Maybe they'll give me another room on the other side," Minner said.

"There was a pillar that was standing right there about midway to the truck, that was literally laying next to him in the floor," Downey said. "If it would have moved a few more feet, it would have got him."

Troopers say 23-year-old John Underwood, from Stroud, had been working late Wednesday night and was driving home when he fell asleep at the wheel.

"He was upside down in the back seat, just us trying to get him out of there," Minner said. "There was nothing we could have done."

Because of the concrete walkway above, and damage to the support pillars, Tulsa firefighters had to shore up the building before they could do anything.

They then worked for nearly half an hour, using the jaws of life, to unpin John Underwood from what was left of his truck.

"We do see these, but its very seldom, thank goodness," said Trooper Scott McCreary.

Underwood was taken to the hospital with multiple injures.

McCreary said there were three people staying in three motel rooms that were damaged. Luckily, none of them were hurt.

McCreary said, even though they don't think drugs or alcohol was involved, this still proves you should never drive when you may be impaired.

"Everyone does drive when they're tired or thinking about other things," he said. "Sleepy drivers are reckless drivers."

Troopers say they aren't sure how fast Underwood was going when he drifted off the highway, but they say he wasn't wearing a seat belt.

He's still in the hospital and is stable.

Pickup Truck Veers Off I-44, Slamming Into East Tulsa Motel