Habitat For Humanity Warehouse In Bartlesville Destroyed By Fire 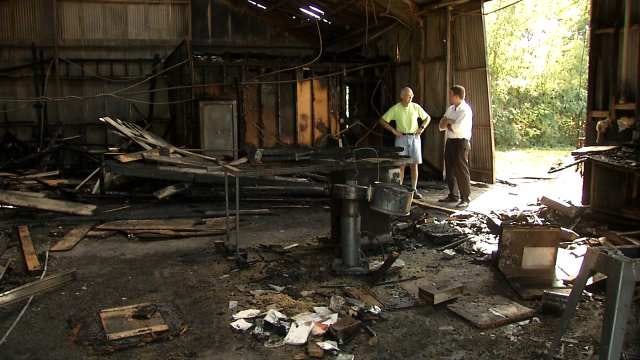 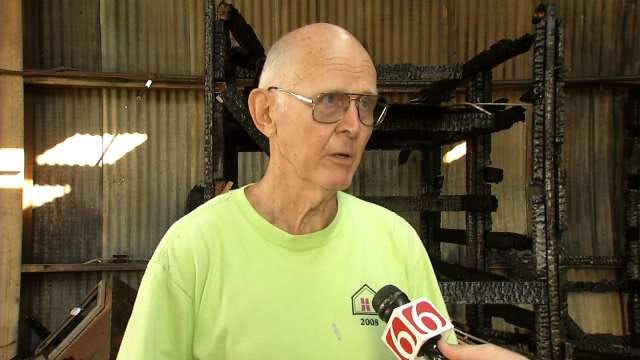 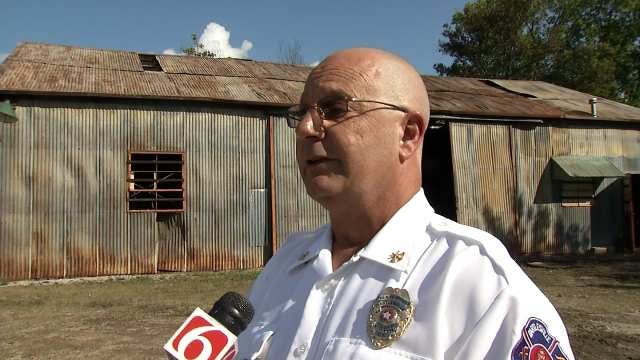 A Green Country nonprofit, whose focus is building homes for people in need, will soon have to do some building of its own.

An overnight fire destroyed everything inside a Bartlesville Habitat for Humanity warehouse.

Firefighters were able to keep the fire from spreading to two other warehouses on the property. The one that burned wasn't the newest, but it may have been the most important.

On a normal Wednesday, Bill Millis would be overseeing the construction of a Habitat For Humanity dream home for a family in need.

"We started this morning trying to walk though and identify the pieces of equipment that we're missing," Millis said.

But on this Wednesday, he walked though the blackened remains of what makes those dreams possible.

But as Millis sees it, it's not just supplies it's future homes. Enough electric wiring for two homes, enough insulation and Styrofoam for five, and nearly 150 gallons of paint. Thirteen doors that were brought there to be stained are now ash, along with many other projects in progress, and the work that went into them.

"This is a real loss and real loss," Millis said. "Everything they need to build people's houses for them, was inside that building."

Bill Hollander, with the Bartlesville Fire Department, said, around 1 a.m., fire crews were spraying down the metal siding of the building, it was so hot, just to get inside.

"Fire was coming out of the skylights that had melted out, and the fire was so hot that the metal was glowing red," Hollander said.

The Bartlesville-area Habitat for Humanity said it's built 60 homes in the last 25 years.

"We have enough money in our account to build one more house," Millis said.

He said any money they have will go to building homes, but he doesn't know where they'll get the money to rebuild for themselves.

"That's what were supposed to be doing. We'll come up with the money for this somehow," Millis said.

At this point, the cause of the fire is still under investigation and isn't believed to be suspicious.

If you'd like to donate, you can send money to Bartlesville-area Habitat For Humanity, P.O. Box 1284, Bartlesville, OK 74005.

Habitat For Humanity Warehouse In Bartlesville Destroyed By Fire