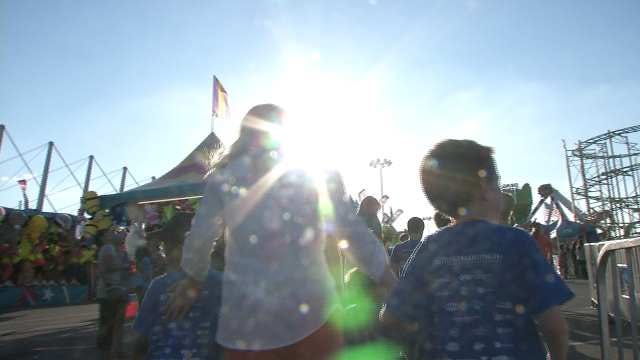 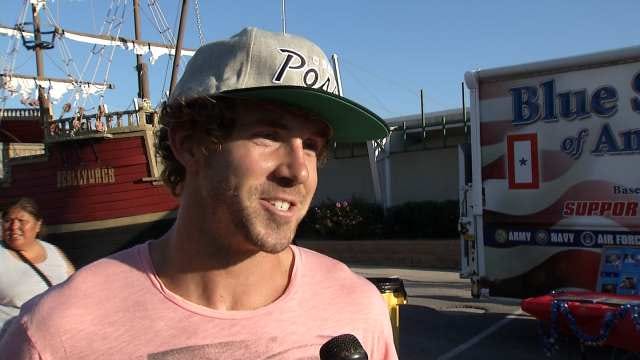 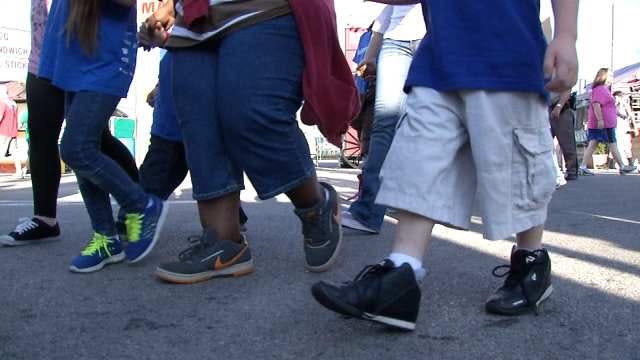 Dozens of kids - who have never been to the fair - got to experience an Oklahoma moment Tuesday night. For three decades fair organizers have let kids in state custody go to the fair for free.

Many of these kids come from very dark places, so you can only imagine the smiles on their faces when they're here under the bright lights, having the time of their lives.

Hundreds of people go to the Tulsa State Fair everyday. For many it's nothing new, but for some kids it is a first they'll never forget.

"They were excited. They were so excited. It was hard to keep them chilled out before we left," said Aaron Curry of the Laura Dester Children's Center.

"It's good seeing them out there having a good time," Curry said.

Children at Laura Dester may have been abused, they may have parents in jail - and it's not everyday they get to see all the midway's sights, sounds and thrills.

"The kids they don't get to experience this, so letting them come is just a blessing. That's all I can say is it's a blessing from God."

Jerry Murphy and the Murphy Brothers Exposition have been hosting shelter kids at the fair for 30 years.

"Each year it gets more fun. I think I get older, so it's more fun to see young kids enjoying themselves," said Jerry Murphy.

"We want them to stay as long as they want, ride as many rides and they want and eat as much food as they want."

And that's exactly what they're doing. As the kiddos go around and around on rides like the rollercoaster, their faces light up with smiles.

"It's a real honor. You see the happy look on their faces," said Jerry Murphy, Murphy Brothers Exposition.

"They have a lot of fun, and we're really glad. We hope it continues for a long time."

Another cool thing is that the kids are escorted by Tulsa County Sheriff's deputies as they have fun into the night.