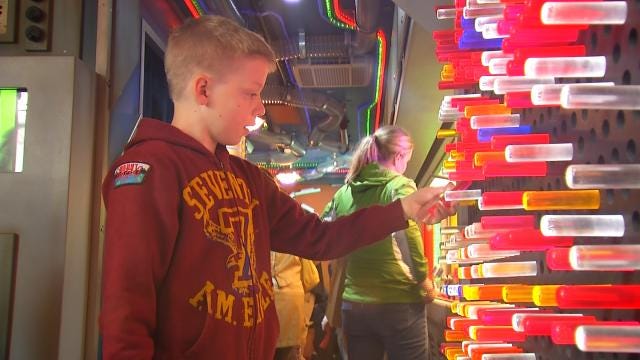 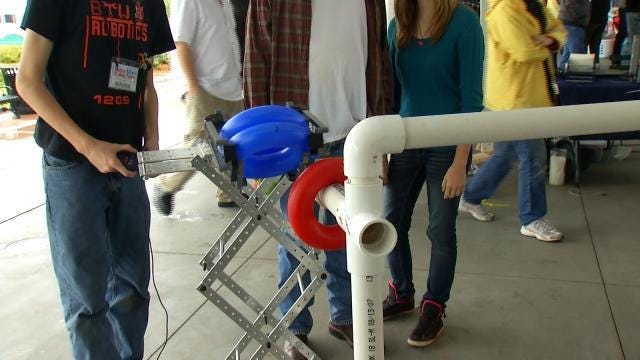 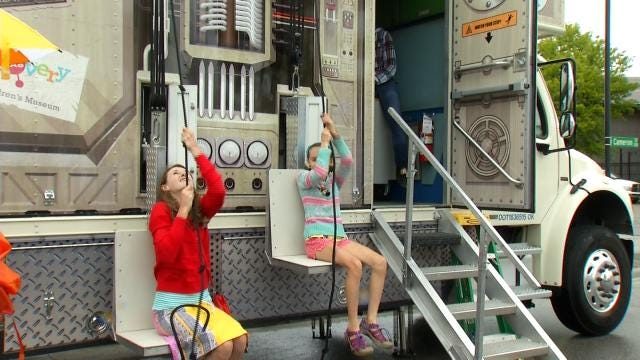 Hundreds of inventors from across the Midwest met in downtown Saturday for Tulsa's first ever Mini Maker's Faire.

From explosions to robotics to beer brewers, it's all part of a nationwide movement that calls itself the greatest show-and-tell in the world.

"It's about bringing stuff into the world that maybe has been lost in some cases or people didn't know existed," master of ceremonies Peter Pixie said. "The kind of work they put into it is a labor of love really."

His team built three robots, each of them took more than 72 hours to complete.

"To see it succeed and see what it was meant to do, it just makes you so happy," Sartin said.

Philip Kim said his 3-D printer can make 60 percent of its own parts. He had to write the software for the tablet that makes it work, though.

"It's extruding hot plastic on to the surface, and it's basically building it up layer by layer," Kim said.

He says plastic figurines are just a taste of what's to come.

"You could order something online like a new plate or a new fork… and have it in your hands instead of going to a store," he said.

The Mini Maker Fair isn't just about showing off the latest technology, it's also about inspiring future generations of makers.

Kids can do their own making in a mobile science museum. They also can try their hand at building miniature robots.

"The idea is to start a spark," Nathan Pritcheett said.

Pritcheett is the director of Tulsa's Fab Lab, which helped get the gardeners, steel fabricators and costume designers together for the first time in Tulsa.

"It's just to see things that you're never going to see in one place at one time," he said.

Pritcheett said the first year of the event will only be one day, but the goal is for a full weekend like in other states.

"We want this to be a community event, and our anticipation is we will have another one next fall," he said.