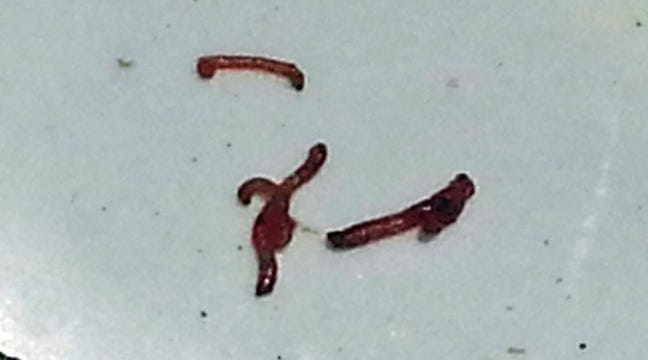 Water is now safe to drink in the Oklahoma town that suffered from blood worms being found in the town's water supply late last month, CBS affiliate in Fort Smith, KFSM reports.

8/28/2013 Related Story: Worms In Water Cancel School In Colcord; 'Do Not Drink' Order In Effect

Blood worms were found on a city water filter on Aug. 26, and running water in Colcord was shut off the next day after the water tower was drained.

Mayor Pat Upton said this was the first time that Colcord has experienced this infestation.

"We've never seen this before," Upton told 5NEWS last week, "and consequently, it was a little bit scary at first until we were able to identify what they were."

Blood worms, also known as red worms, are the larvae of midge flies. Officials say the blood worms do not pose a health threat, but the city is purifying the water supply to get rid of the pests.