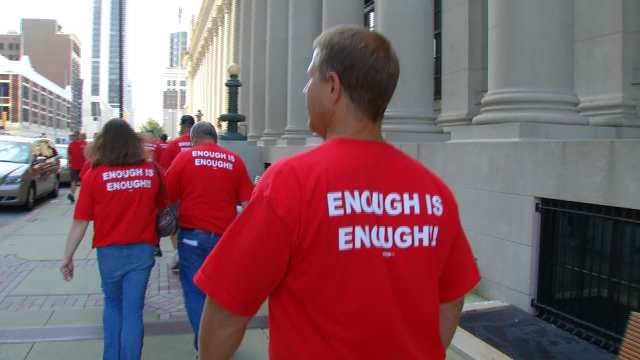 A U.S. District Judge has agreed to hear arguments in the American Airlines-US Airways merger suit. The hearing will take place Nov. 25.

Union workers at American Airlines in Tulsa have been calling on the Department of Justice to drop its lawsuit against the merger of American Airlines and US Airways. Members and leaders of the TWU said they are pleased with Judge Kollar-Kotelly's decision to hear them out.

TWU members gathered on the steps of the federal building in Tulsa on Thursday, carrying petitions filled with more than 10,000 signatures gathered in just a couple of weeks.

"TWU members are concerned about job security and the future of the new American Airlines that has been jeopardized as a result of the Department of Justice's interference in the merger process," a statement from TWU said. "We just need a fair chance to compete."