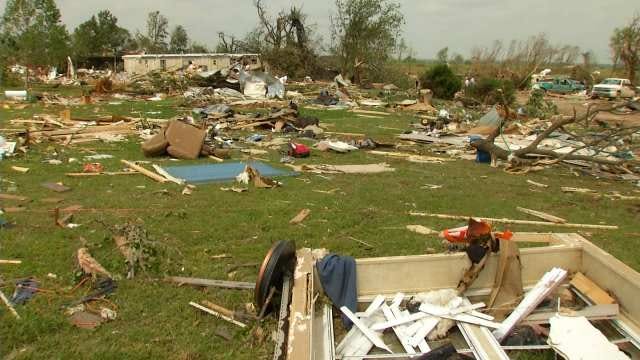 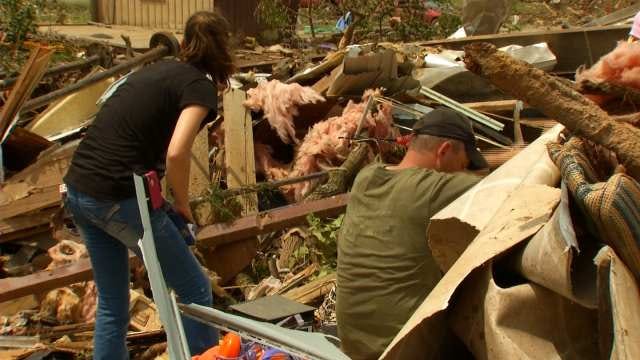 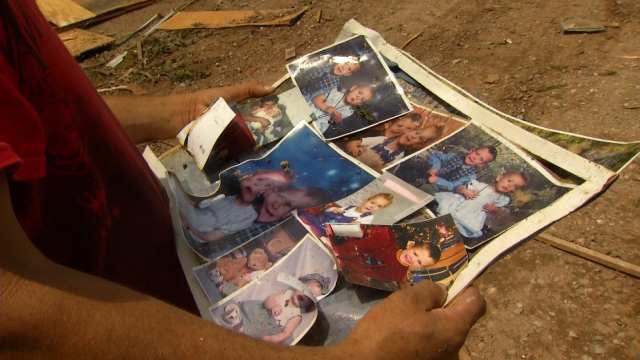 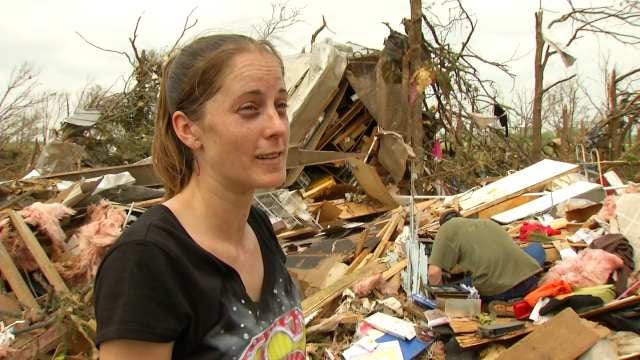 From the air, we showed you multiple twisters, including the ones that cut a path of destruction through Pottawatomie County.

After the tornadoes passed, we found homes in Shawnee reduced to piles of rubble. Trees looked like splintered toothpicks sticking out of the ground.

The powerful storm came right over the top of Lake Thunderbird, which meant, unfortunately, that Steelman Estates was right in its path.

Monday day was spent sifting through debris and salvaging as much as possible.

"Just clean up and try to move on. It's all we can do," said Clayton Cook.

Clayton managed to find a sheet of pictures, treasure memories of his young children.

He was with his two brothers Sunday, when the tornado began its deadly path in route to the Steelman Estates Mobile Home Park.

As his brother, Darryn, watched it come over Lake Thunderbird he could only think of one thing, "Everything would be gone and everything's gone."

Amber Ash and several of her family members lived across the street from the Cooks.

"It came right over us. Sounded like a freight train, just like they always say," Ash said.

The Pottawatomie County undersheriff said, of the 85 homes in Steelman Estates, at least three-fourths were destroyed by the tornado.

79-year-old Glenn Irish was killed inside his home.

"Still hard to believe, because we've been out here for 20 years but all we can do is get another home, set it back in place, and clean it up," Darryn said.

That's the spirit you see a lot of in that area--neighbors helping neighbors, family helping family, all trying to put their lives back together.

Only five other people are reported to have sustained a few broken bones and some head injuries, according to the undersheriff.