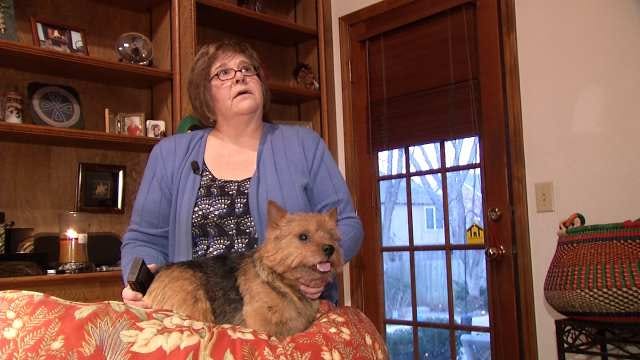 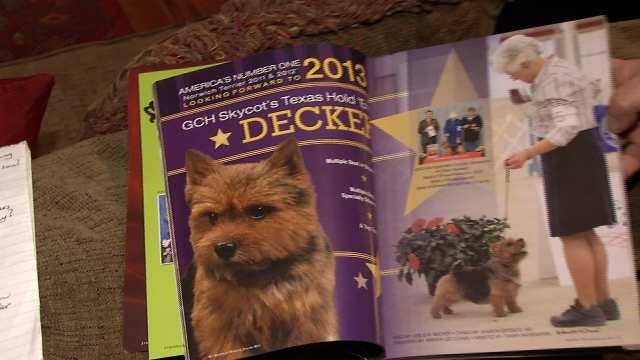 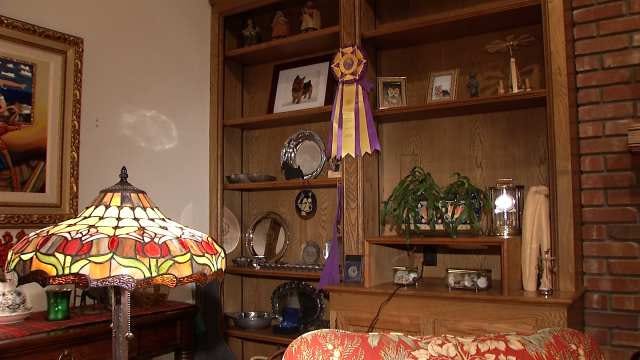 An Oklahoma dog is making quite a name for himself. He was just crowned best in his breed at one of the largest dog shows in the world, but his owner has had to make some huge sacrifices to get him to this point.

Decker is a pretty special dog. He's the top terrier in the country. But after two and a half years of training and being on the road, he is finally able to come home to his owner.

He's a 4-year-old Norwich Terrier who's full of energy.

"I just loved him, is what I did, and made him a happy dog," said Sharon Esposito.

Esposito is his owner, but she rarely gets to spend time with her four-legged friend. That's because Decker is one of the top dogs in the country.

He won best in his breed at the Westminster Dog Show in New York.

Watch video of the Norwich terrier judging at Westminster.

"Well, it's like winning the Super Bowl," Esposito said.

When Decker was just 8 months old, Esposito sent him to Sapulpa to train with his handler.

Since then, he's only spent four days at home.

"He came home for Christmas for a couple days, and that's the first time he'd been home for two and a half years," Esposito said.

"He's been to Cleveland, Detroit, Pennsylvania, Chicago, San Diego, Louisiana, Virginia, Georgia. He's been in more states than I have," Esposito said.

He's won a slew of titles and it shows. He's featured in a magazine and his owner's house is filled with ribbons, trophies and other awards. She's even running out of space.

Some might say it's in Decker's blood to win.

"His father was number one. He's number one for two years, and his son, at the national specialty this summer, won the sweepstakes - the puppy sweepstakes," Esposito said.

Now that Decker is home, he plans to enjoy life for a little bit, while eating treats, playing with toys, and lounging around the house.

About three months ago, Decker's owner moved to Oklahoma from Georgia to be closer to him.

Decker is about to start his retirement process, which means he'll only be in a select number of shows throughout the year.