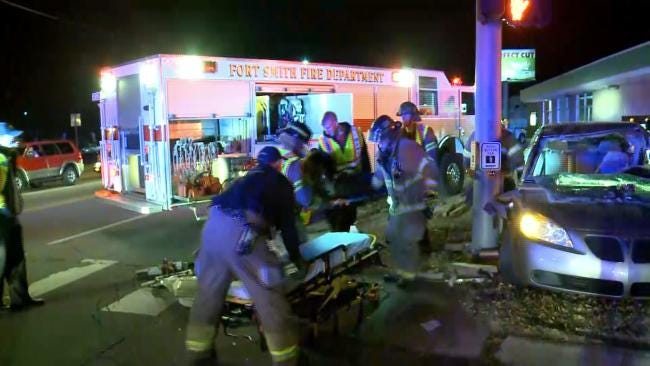 A Tulsa man led state troopers on a high-speed chase across state lines and caused a wreck in Arkansas on Saturday.

Troopers had been trying to pull over 42-year-old Joseph Bright for reckless driving in Roland, but he sped off to Fort Smith.

Several miles later he crashed into two cars, then got out and started running.

A woman in one of the cars had to be rescued with the Jaws of Life and was taken to the hospital with minor injuries, OHP said.

Bright was arrested an hour later.