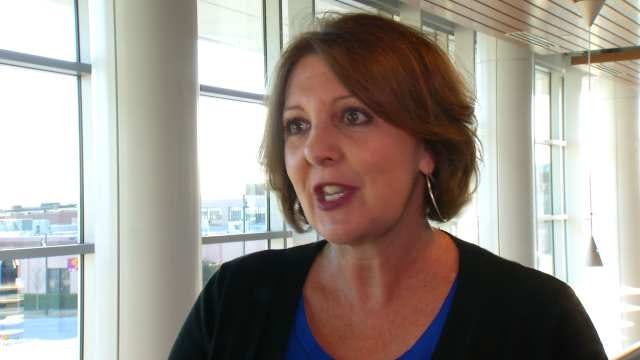 A former KOTV news reporter is making a stop in Tulsa as part of a national book tour.

Jane Mitchell was a reporter for News on 6 in the early 90's before leaving for San Diego and landing a job that took her behind the scenes with some of the biggest sports stars in the country.

"We opened the doors and their eyes and gave them the opportunity to learn about their journey. Their trials and tribulations, how they made it sometimes to the Hall of Fame. Tony Gwinn, Drew Brees, Junior Seau, Doug Flutie, Trevor Hoffman. You name it, I've interviewed a lot of them," said Jane Mitchell.

Now Jane Mitchell has written a book. It features 40 of her most notable interviews, plus a look at her own broadcasting journey that will take you through a number of newsrooms, including ours.

You can catch Jane at a book signing Tuesday from 5 to 7 at Steve's Sundry at 26th and Harvard.