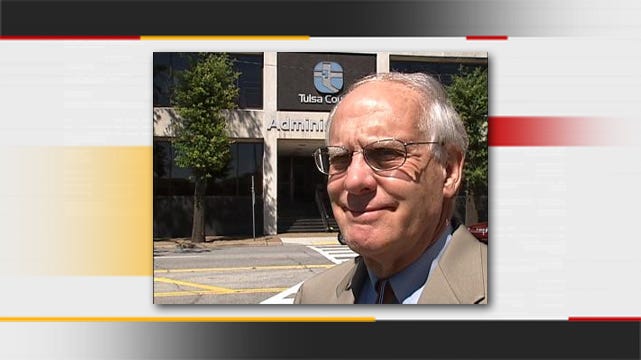 Commissioner Perry made the announcement during the regularly-scheduled meeting of the board of county commissioners on Monday morning, February 11, 2013.

"There comes a time when one knows it's time to retire," he said in a news release. Perry will remain in office until July 8, resigning 18 months before his four-year term of office is complete.

"By giving five months notice, this will provide for an orderly selection of my replacement according to the statutes," Perry said.

Fred Perry was first elected to represent District Three in June of 2006. He was re-elected in 2010.

Perry's tenure on the board has been marked by accomplishments and controversy.

He also spearheaded the improvement of the tennis facilities at LaFortune Park, which included replacing twelve old courts with 18 new ones and adding other amenities.

The three Tulsa county commissioners hold three of the five seats on the Tulsa County Public Facilities Authority, better known as the Fair Board. Perry was chairman when the Board fired Expo Square chairman Rick Bjorklund in 2008 after it was discovered Big Splash Water Park had not paid any of its rent for 2007 and that a check for half of its 2006 rent had gone uncashed.

Bjorklund sued the county, claiming former commissioner Randi Miller and the board violated his constitutional right to due process, breached his contract, and that Miller had intentionally inflicted emotional distress.

Perry served in the Oklahoma House of Representatives from 1994 through 2006.

According to his biography on the county web site, Perry received a Bachelor's degree from the University of Kansas in 1963 with a double major in personnel administration and political science and a minor in business administration.

Perry worked in the information technology field for thirty years.