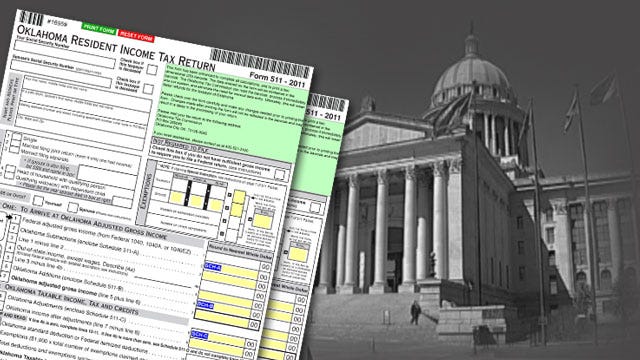 Many Oklahoma Republicans say they are determined to pass an income tax cut this year, even though it may not have a great impact on the average resident's pocketbook.

In fact, 40 percent of the state's earners wouldn't be eligible for the reduction which would reduce the state's top income tax rate. The top rate applies to Oklahomans who earn more than $87,000 annually.

Republican Gov. Mary Fallin failed in her push for a much larger tax cut last year and GOP members say they are determined to reduce the income tax, even in a modest form.

Republicans control both Houses. If they stay united on the issue, the bill should reach Fallin's desk.

Some legislators have proposed other tax cuts but the focus this session is on Fallin's 0.25 percent cut.

For the typical Oklahoman, that would come to about $80 per year, a little over $6 per month.