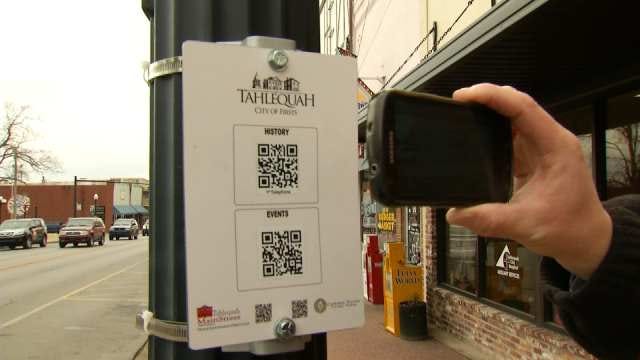 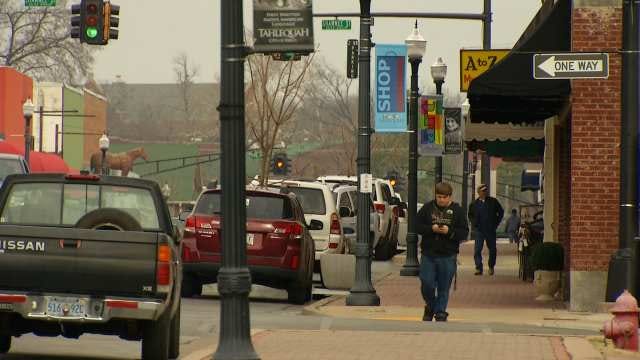 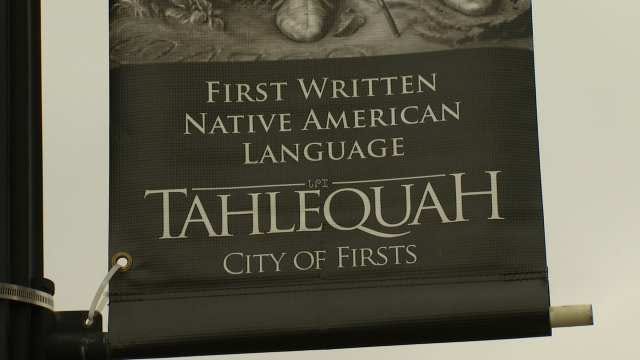 Tahlequah's unique history dates to at least the 1830s when it was named capitol for the original Cherokee Nation.

Since then outlaws, heroes and regular Joe's have made their mark on those city streets.

"There's a lot of history here in Tahlequah, and that's something we wanted to capture," said Drew Haley, who is with the Tahlequah Main Street Association.

Each one has a QR code, that's tech speak for 'quick response'.

"You want to scan, so you read it," Haley said.

You can use an app on your smartphone to scan the code and a video will pop up and tell a story about what happened where you are standing.

There's one about the first telephone in Indian Territory, the Cherokee Nation capitol and many others.

"This one behind me is about Ned Christie," Haley said.

Haley believes the "City of Firsts is truly out front with this program, he's not aware of any other city in Oklahoma that is doing this.

So Tahlequah's on the cutting edge.

"I feel awesome about that," Haley said.

The plan is to put up more QR signs across town and eventually build a website that would allow residents to upload their own videos of Tahlequah history.

Haley said he's amazed at how simple this is and popular it has become with visitors and city residents.

"People who live here love this city and we want to have and experience things that other cities have so, yeah, we like to be progressive and think forward," Haley said.

For example, he said, the brackets that hold the signs onto the pole cost more than the signs themselves.