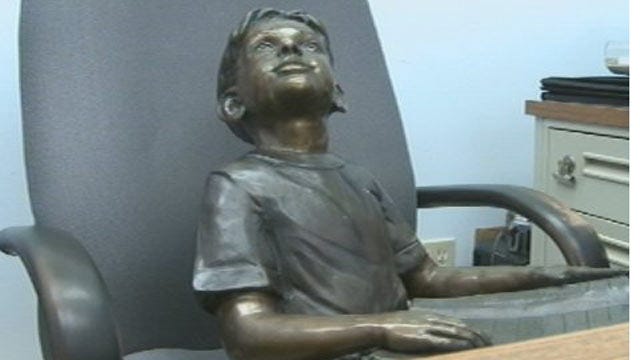 A bronze statue reported stolen last month from the Miami Public Library was recovered at a metal recycling business in Joplin.

The statue of a boy looking skyward was stolen from a bench outside the library on January 24, 2013.

A Miami man who works at CMC Recycling in Joplin noticed the 120 pound statue in a pile of scrap metal and notified authorities.

Police say the statue was sold for a little over $200 after a person claimed he found the statue in a field.

Miami and Joplin Police are working together on the case.

Meanwhile, the statue sits in the Miami Police Department. Library officials say they are looking at finding a better way to strap the statue down.

This is the second time the statue has been stolen.  Library officials say it was taken in 2000 and recovered in some nearby bushes.