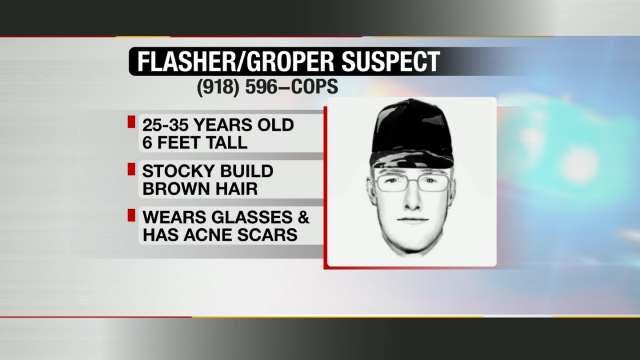 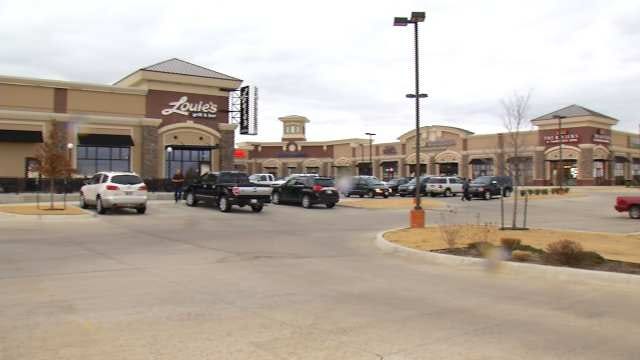 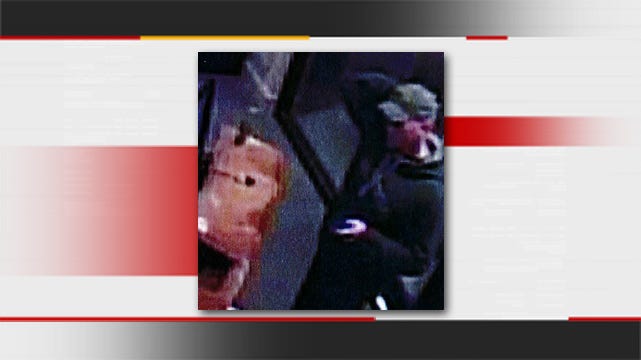 Police now say the man accused of groping women in south Tulsa has done the same thing in two other towns.

Tulsa Police say, after the sketch and picture of the suspect came out Monday, they got some good tips, but not the specific identity that could solve the case.

They're now working together with Tulsa and Bixby police to identify the man in the sketch and in the pictures from the surveillance video at a tanning salon in Broken Arrow.

"He goes into the store, approaches a female employee, he asks about memberships and a tour and she shows him a tanning bed in a room, and that's when he grabs her breasts through her clothing and takes off," said BAPD Cpl. Leon Calhoun.

The victim reported the suspect got into a small gray or silver four-door car.

That's the same description given by the first victim, an 18-year-old woman in the parking lot at Woodland Hills Mall. She was pushed up against her car and grabbed from behind.

Two other cases popped up at stores nearby with female employees reporting they were groped and the man exposed himself.

After the Tulsa cases were publicized, police in Bixby made the connection to a similar report at 103rd and Memorial.

That makes 5 cases police say are connected because the suspect description and the crimes all match.

In Broken Arrow, the victim was alone in the business.

"If he just waited for the right opportunity or just stopped and went in, but it looks like in this situation he was looking for a place where there's less witnesses," Calhoun said.

The police continue to work leads, but are hoping for the one tip they need: the man's identity.

"Like a drug addict may look for another high, they're looking at something they can escalate. It's not doing it for them anymore, whatever their reasoning is, so they might want to escalate. So, hopefully with the public's help, we'll be able to get this guy off the street before it escalates and someone gets hurt.

If you have information on the case or have seen the suspect, regardless of where, you can call the Tulsa area Crime Stoppers number, 918-596-COPS.