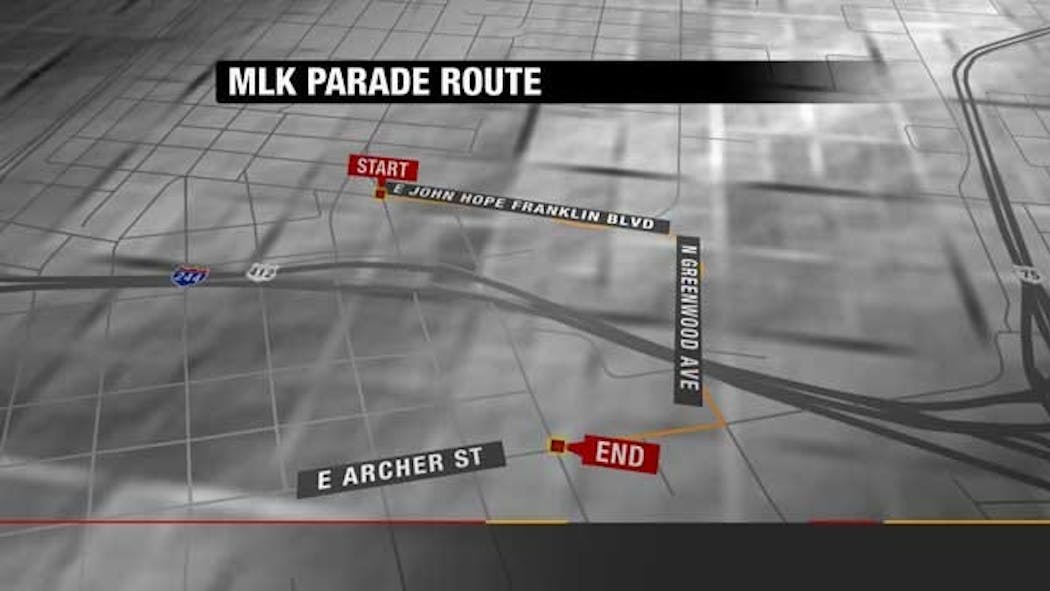 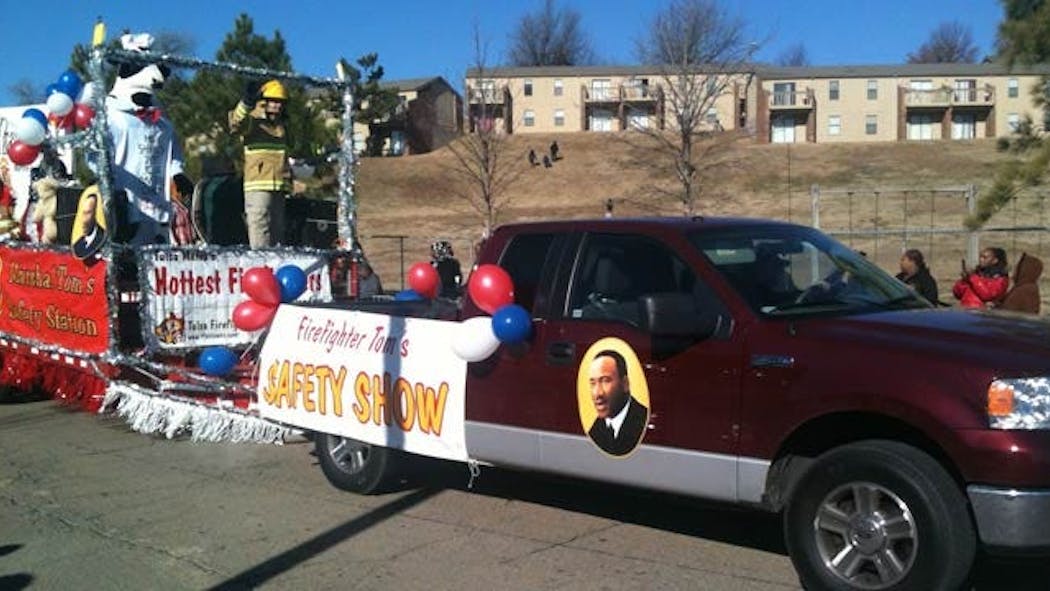 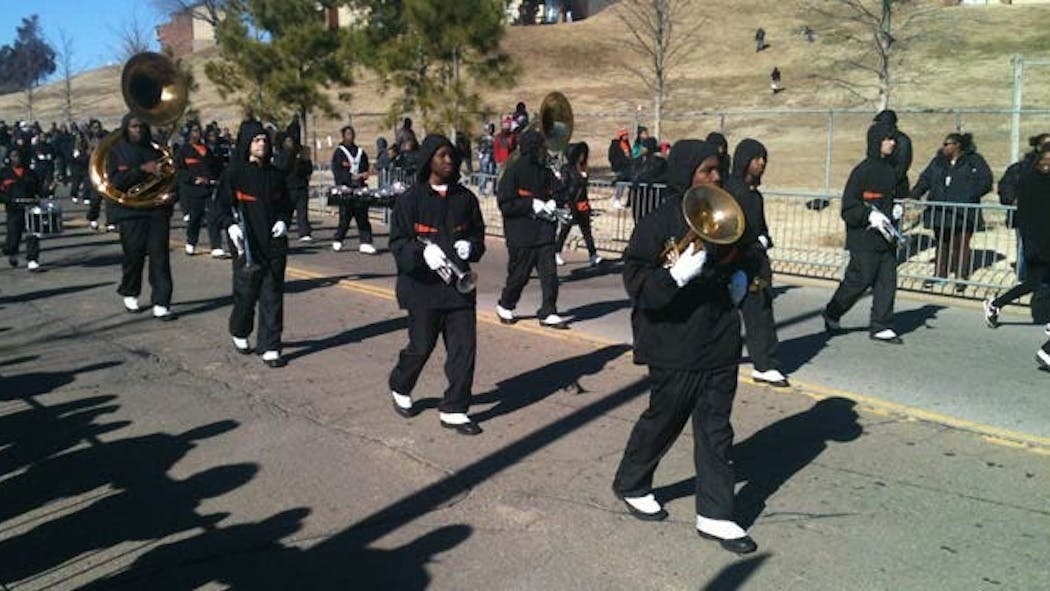 There was a good crowd, with good weather, which isn't always the case.

One spectator told us she was torn between staying home to watch the inauguration and coming out to honor Dr. King, who many credit with helping make Monday's inauguration possible.

Tulsa's Martin Luther King Day parade stretched around the historic Greenwood district into the Brady on what was an unusually warm day.

Crowds lined up along Greenwood Avenue at OSU Tulsa to see the start.

Erick Anderson marched in the parade, he said, out of an obligation to help people remember Dr. King.

"I feel that with everything Dr. King did for us, we owe it to him to celebrate his contribution to society," Anderson said.

Glenn Nolan was trying to get the parade on video.

"I just thought I better take off and come down here and get inspired with the rest of the world," Nolan said.

The parade was as much of a celebration for the people on the street as the entries in the parade.

Krista Vanwiller just moved to Tulsa from California and was impressed with her first Tulsa parade.

"And it's just really nice to see everyone coming together and having a good time, smiling and enjoying themselves," Vanwiller said.

Many of the younger people in the parade and along the route cannot imagine what their parents and grandparents dealt with during the more segregated time when Dr. King was alive.

"He dreamed it and it came true; it's awesome," said Felicia Myers.

Myers said she's found Tulsa to be more colorblind, by the day.

"I haven't seen a lot. I don't know race or color like that, and my kids don't either," she said.

For Anderson - marching to help people remember - the dream is close, especially with the inauguration on his mind, but there's still a ways to go.

"I think it has, to a point, but we have a long way to go before it's realized, what his dream really was," Anderson said.