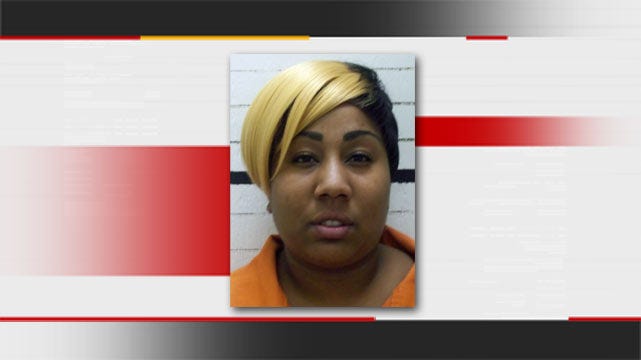 A Muskogee County woman was arrested Monday for allegedly leaving her three children in a car parked outside the Cherokee Casino in Fort Gibson while she was inside gambling.

Sharonda Sheppard, 29, was arrested by Fort Gibson Police at 4:30 p.m.

Officers found three children, two 8-year-olds and one 10-year-old, inside the car.

Police say the temperature at the time was 33 degrees.

Police say when officers contacted Sheppard, she told them she had only been in the casino for 10 minutes looking for someone.

Fort Gibson Police say a check with casino security surveillance video showed the children had been in the car for 47 minutes and the engine was cold, despite Sheppard's claim that she had left the heater running.

Sheppard was booked into the Muskogee County jail on complaints of child endangerment.

Her three children were turned over to a family member.