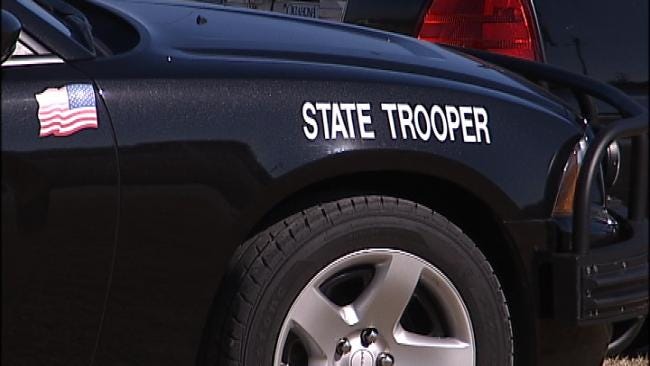 An Owasso woman is dead after she crashed head on into a disabled vehicle on the Will Rogers Turnpike Saturday afternoon. Jeanine Barrett, 62, died after a collision about six miles west of Adair in Mayes County.

She hit a Jeep that had just hydroplaned on the wet highway and was facing the wrong way.

Barrett was westbound on the Will Rogers just before 4 p.m. when her 2005 Kia struck a 2012 Jeep head on. She was pronounced dead a few hours later at a Pryor Hospital.

Daniel Hurst, a 29-year-old Tennessee man, was in the Jeep. Hurst's Jeep had hydroplaned and struck the center wall just a few minutes earlier, coming to rest facing eastbound in the westbound lanes.

Hurst was taken to a Tulsa Hospital in good condition with head, trunk, arm and leg injuries, according to an OHP collision report.

Jeanine Barrett was not wearing a seat belt at the time of the wreck. The road conditions were wet, and there was misting rain.