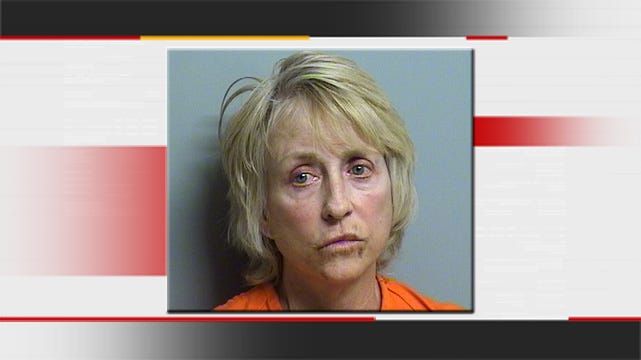 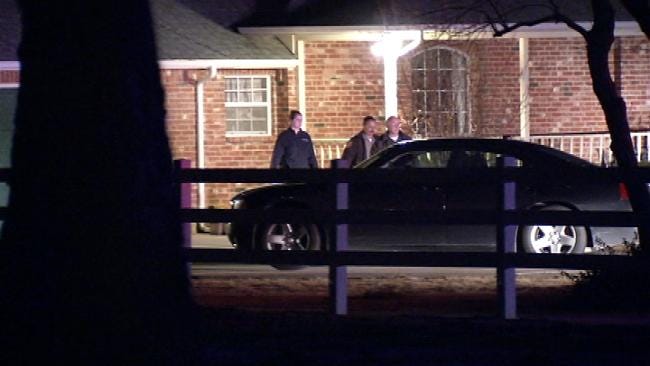 An Owasso woman is in the Tulsa County Jail on a first-degree murder complaint after telling deputies she shot her husband when he charged her with a knife and tried to kill her.

According to an arrest report, Vickie McNeely called 911 about 9 p.m. on Friday and told the dispatcher she shot her husband in the laundry room.

Vickie McNeely met deputies in the driveway, and she reportedly was crying, smelled of alcohol and had slurred speech.

Her husband, Daniel McNeely, was found in a hallway near the front door and appeared to have been shot at least four times, an arrest report says.

"On documenting the residence's condition, there were no additional signs indicating a struggle or disturbance," an investigator wrote.

Daniel McNeely's body was found kneeling face-down, the report says. The left arm was underneath the body and the right arm was alongside, with the hand close to the head. Next to the left of the head were two silver kitchen knives, the report says.

A .38-caliber Smith and Wesson with a five-shot cylinder was found on a kitchen cabinet, and all five rounds were spent, according to the report.

When an investigator inspected the body of Daniel McNeely, he found what appeared to be a bullet hole in the upper right abdomen and a lead projectile on the chest. The body also had what appeared to be two bullet hole wounds on the top of the right shoulder and another in the back of the head. The body also had one small open wound to the lower-left back, according to the report.

"Husband and wife live at this address, they were the only two people here at the time," TCSO Sgt. Eric Kitch told our news partner KRMG Radio.

Kitch also confirmed law enforcement had been to the address before, but didn't state the nature of the visits.

"When we checked the dispatch records, there have been previous calls," he said. "I believe they were last year and the year before."

An online search of Tulsa County records shows no previous criminal charges or convictions for Daniel or Vickie McNeely.

At the TCSO, Vickie McNeely declined to speak to officers until she retained an attorney.

She was booked into jail in the early-morning hours and is being held without bond.