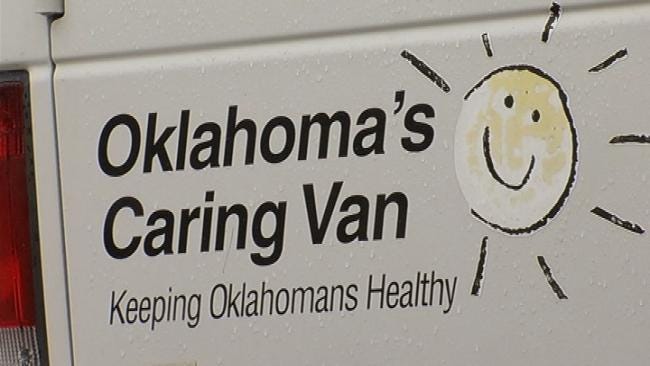 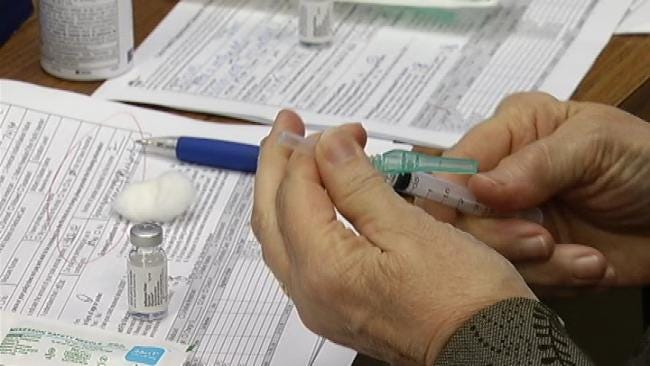 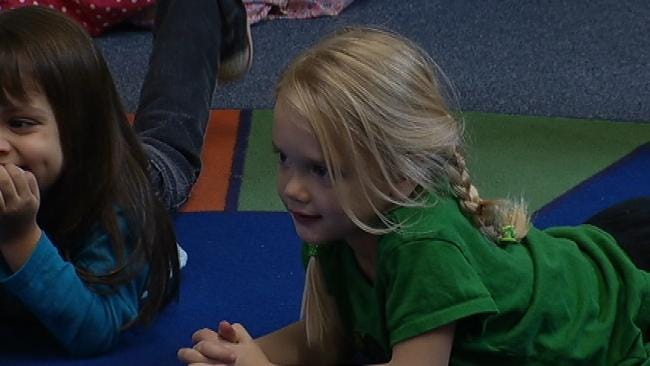 The Tulsa County Health Department has given out more than 500 flu shots since the New Year arrived.

Still, officials said, there are plenty of vaccines available even if your doctor is out.

The health department said since Oct. 1 it has administered more than 10,000 flu vaccines.

As the cases begin to rise, there is still time to get immunized.

As the kids learn their ABC's, the teachers and daycare center owner always have the dangers of the flu in the back of their minds.

"We think about it all the time, because health and safety is a big part of childcare so that's something we focus on daily," owner Angi White said.

White said they do a number of things, from making sure the kids wash their hands to disinfecting the toys with bleach.

On Thursday, the Blue Cross Blue Shield Caring Van made a visit to provide flu shots for the children.

"My arm's a little sore but I'm glad I'm not, more than likely not, going to get the flu," 15-year-old Rebecca Morrison said.

Morrison and her sister were a few of the kids to get vaccinated.

Kristen Jones, 10, decided to go with the nasal spray instead of the shot.

It's been especially busy there, more than 500 shots in the past nine days.

The health department says it's heard reports of individual doctor's offices running out of vaccines, but it wants everyone to know there's no shortage, there are still plenty of vaccines available.

"I do think it's a doctor-by-doctor basis. It could be based on the amount of vaccine that they actually purchased, but if a doctor's office is out of vaccine and a parent wants to get the child or themselves immunized feel free to contact the health department," Tulsa County Health Department's Kelly VanBuskirk said.

Learn where to get vaccinated and what precautions to take