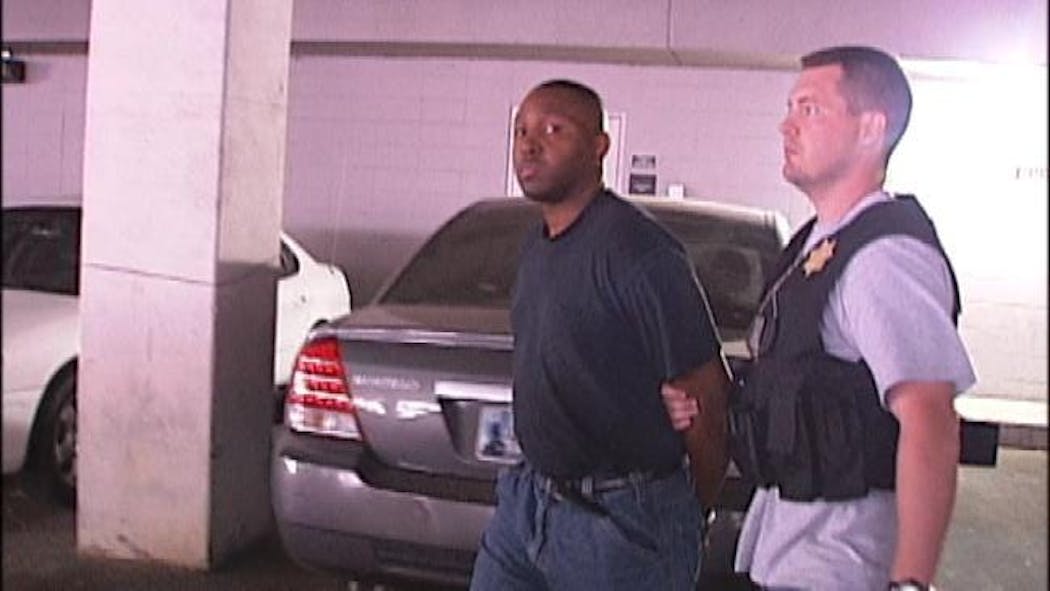 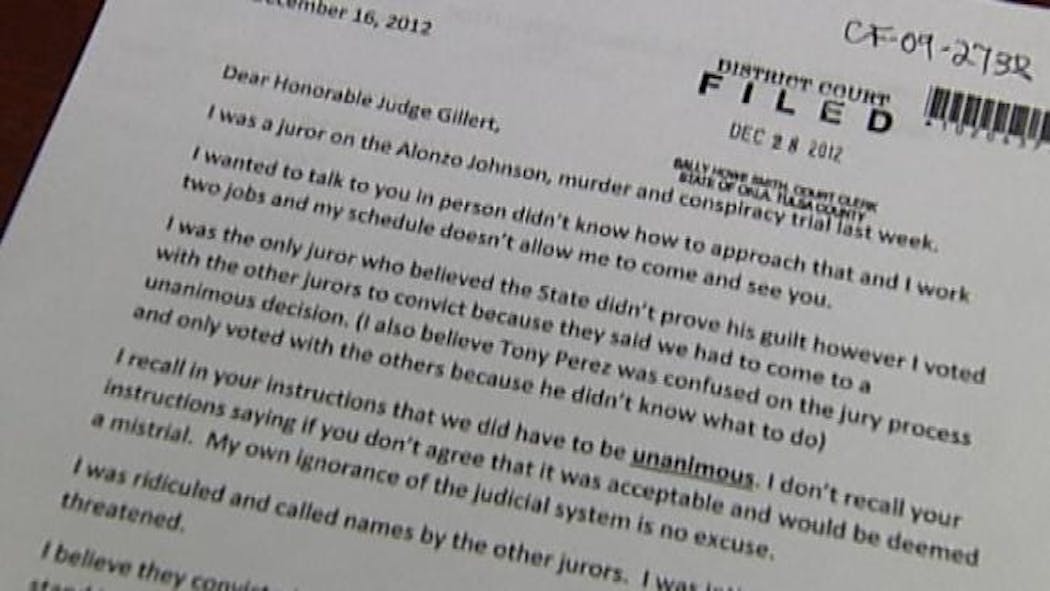 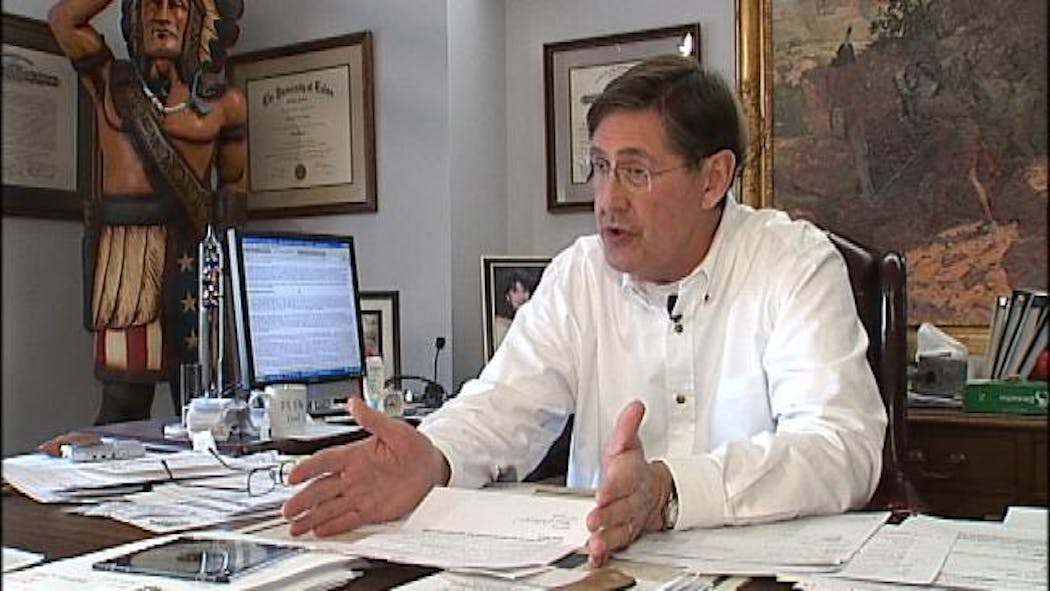 One of the jurors who voted to convict a man connected with the murder of Tulsa businessman Neal Sweeney says she was pressured to vote guilty.

The juror wrote the judge a letter just days after the verdict, saying it was all based on race.

Alonzo Johnson is scheduled to be sentenced Friday, after being convicted of conspiracy to commit murder and first degree murder in the death of Neal Sweeney.

But now one of his jurors says she should have never found him guilty.

Sweeney was murdered inside his east Tulsa office in September 2008.

Terrico Bethel is the man who fired the shots. He was convicted of first degree murder last August.

Four other people were part of the plot. Mohammed Aziz pleaded guilty to hiring someone to kill Sweeney, Fred Shields was sentenced to consecutive life terms, Allen Shields committed suicide before going on trial, and then there's Alonzo Johnson.

Prosecutors say he staked out Sweeney's office and stole the getaway van.

He was convicted December 12, 2012, but on December 16, juror Staci Petersen wrote the judge a letter saying she made the wrong choice.

"I was shocked, I was very shocked," said Johnson's attorney, Mark Lyons. "I'm sure there's a little give and take in jury rooms that go on all the time. I've never heard anybody say that they felt like they had been threatened to vote a certain way."

But that is indeed one of Petersen's claims.

She told the judge the other jurors pressured her. "I was ridiculed and called names…" she says, "I was intimidated and felt threatened."

She also says she believes Alonzo Johnson was convicted, "because he was black," and did not testify in his own defense.

Lyons says her letter is a strong indication that Johnson is innocent, but, he says, proving the juror's claims will be difficult.

"I seriously doubt any one of those jurors is going to come in under oath and say, 'Sure, the reason I convicted him was because he was black and the victim was white or, because he didn't take the stand in his own defense.' Because they're clearly not allowed to do that," Lyons said.

We reached out to the juror, but we were unable to get in touch with her.

The Tulsa County District Attorney's office says it has no comment.

Johnson is scheduled to be in court Friday morning for sentencing.